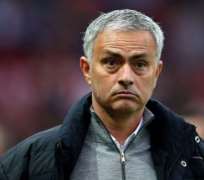 While serial trophy winner Mourinho will be determined to add one of only two pieces of silverware he has so far failed to win in his glittering managerial career, the UEFA Super Cup carries far greater significance for him and United.

The Red Devils’ decline as a Champions League force has coincided with Real's ascent to become undisputed kings of Europe.

The Spanish giants have won three of the last four finals while the best United have done in that time was to reach the quarter-final under David Moyes.

Since then two failures to even qualify for the competition have sandwiched a group stage exit under Louis van Gaal.

They are back at Europe's top table this season – via the back door route as Europa League winners – and Mourinho wants his players to show tonight's game in the searing heat of the Philip II Arena in Skopje they deserve to be in such exalted company.

United beat Real after a shoot-out to decide a friendly in the USA three weeks ago but tonight's showpiece is different.

“We are going to try to beat them – that's obvious,” he said. “But what is also obvious is the difference between the Champions League and Europa League winners.

“The top quality is obviously in the Champions League. When you get into the semi-finals you have four of the best five or six teams in Europe so there is a difference in quality.

Ironically, Mourinho faces a similar task of restoring Manchester United 's Champions League fortunes as he did on taking over at the Bernabeu in 2010, having just won the Champions League with Inter Milan. He was quick to remind Real yesterday that they had developed something of a mental block about the competition, experiencing repeated failures in the last 16 and last eight as bitter rivals Barcelona lorded it.

Mourinho guided them to three successive semi-finals and clearly feels he didn't get the credit for laying the platform for Carlo Ancelotti (2014) and then Zinedine Zidane to turn them into winners (2016 and 2017). Asked what the difference is between his team and that of Zidane, he replied: “Well, the basic difference is when I arrived they weren't even top of their group, it was a team that in spite of all their history they couldn't get beyond the quarter-final – their most important players had never played in the Champions League semi-finals.

“When I left it was a team that had played three consecutive Champions League semis, they had been Spanish champions, they had won games at home as well as abroad. There were small and big differences.

“I left and it was difficult for the others to say many good things about me. I left feeling quite at ease and feeling that I had nothing left to give. I can truly say that I gave more to Real Madrid any club than I ever have before. I left with peace of mind, I left without wanting to take out the dirty linen.”

Mourinho has lost both his previous Super Cup appearances. AC Milan beat his Porto team in 2003 while his first match of his second spell as Chelsea boss ended with a shoot-out defeat to Pep Guardiola's Bayern Munich – with Romelu Lukaku, now United's No 9, missing his spot kick to hand Bayern the trophy.

He had moved on to new clubs by the time Porto (2004) and Inter Milan (2010) appeared in the Super Cup as Champions League winners.

While Mourinho has his personal incentive to win the trophy, so has Michael Carrick. The United captain would become the first British player to complete the full set of medals with his collection already including the Club World Cup, Champions League, Europa League, Premier League, FA Cup, League Cup, Community Shield and FA Youth Cup.

That would surpass even United's richly-decorated legend Ryan Giggs who didn't win the UEFA Cup/Europa League.

Carrick said: “It is a huge game, you cannot underestimate what we have gone through to get to the stage to play in this game so we are taking it very seriously.

“It is a massive trophy to win and to kick start the season it would be terrific for us. I'm not sure if anyone in our squad has won it and it's not one I have won yet.”