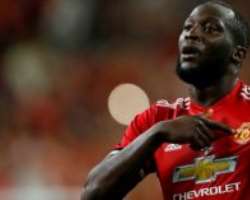 Most onlookers expected the 24-year-old to be donning blue right now, with it appearing for much of the summer a case of when rather than if he rejoined Chelsea from Everton.

But Mourinho, who was in charge at Stamford Bridge when Lukaku was given the green light to leave three years ago, swept in earlier this month to lure the Belgium striker to Old Trafford for a fee starting at £75million.

And the United boss believes the frontman can play a big part in taking the club back to the top of the English game – a challenge Lukaku is relishing.

“For me, it's all about winning,” the player said in Washington. “I want to win and now I'm at a club where winning is the most important thing.

“It's something inside of me, so I just want to win and I want to help my team-mates deliver wins game in, game out.

“It's always been like that. I've been a guy who is working to be a pro since I was 11 years old, so I just have a goal to win as many trophies as I can.

“At the end of the day, to play for a club like Manchester United is something that I've always wanted. It's an opportunity I have now and I want to grab this opportunity.”

Close friend Paul Pogba was widely credited with having swayed Lukaku towards United rather than Chelsea.

The pair were together in Los Angeles as the move moved towards completion, but the striker insists it was Mourinho's sales pitch that sealed the deal.

“We were just on holiday together,” Lukaku said of Pogba. “At the end of the day, I had to make my own choices.

“It was the conversation I had with the manager that really convinced me the most, the plans and how he wanted to rebuild the club and he wanted me to be part of it.

“I am grateful for the chance.”
Lukaku is enjoying working with Mourinho again – “I believe in his methods” – and immediately felt “something special” upon joining the group.

The forward has now been working with his new club in the United States for two weeks, opening his account against Real Salt Lake before scoring a superb goal in the 2-0 defeat of Manchester City in Houston.

It was a goal any of Europe's elite would have been proud of, but Lukaku knows he is a way off being considered in the same bracket as the likes of Robert Lewandowksi or Cristiano Ronaldo.

“I'm a goalscorer, I've always scored goals throughout my career. Also in Europe, when I played in the Europa League, my record is really good.

“Now I think the Champions League is the next stage where I have to prove myself and the club wants to do well in it as well.”

Asked if he was at the level of Lewandowski and Ronaldo right now, he quickly replied: “No, no, no – I'm far from that level.

“But it's the level I want to aim for. But it's all about the team. I want the team to win trophies and I'll do everything that I can in my powers to make sure the team wins.

“Keep improving – there is always room for improvement. I just want to become the best player that I can be.

“I will never say it's good enough. I will always say that I can improve.

Lukaku may not yet be at his peak, but Mourinho has been pleased by what he has seen, praising the new boy at nearly every public appearance.

The United boss speaks about Lukaku with similar excitement to how he once did about Didier Drogba – a player Lukaku idolised and worked with at Chelsea.

“Not really, I'm different,” the Belgium international said when comparisons to the job Drogba did for Mourinho were brought up.

“Drogba is more of a hold-up player, a target-man. I prefer to have ball to feet and run in behind.

“And I'm Romelu Lukaku – at the end of the day I want to create my own history. I'm at Manchester United, he was at Chelsea.”