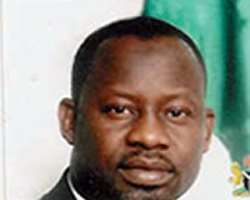 The Federation Account Allocation Committee on Monday resolved the controversy that arose from the N737bn revenue shortfall and agreed to disburse N749.88bn being statutory allocations to the three tiers of government for the month ending April 30, 2010.

Also, augmentation of N339.62bn was made for arrears covering January to March 2010, bringing the new arrears to be paid at the next FAAC meeting in June to N398bn.

Present at the meeting were the Accountant-General of the Federation, Alhaji Ibrahim Dankwambo; the Director of Home Finance in the Federal Ministry of Finance, Alhaji Gidado Mohammed; the commissioners for Finance and accountants-general from the 36 states of the federation.

Others were the representatives of the Central Bank of Nigeria, the Revenue Mobilisation, Allocation and Fiscal Commission, the Debt Management Office, the National Planning Commission, and revenue collection agencies.

The total arrears for the three months, which stand at N737bn, had been the bone of contention between the 36 commissioners of finance and the representatives of the Federal Government.

Members of the committee had on May 14, 2010, stormed out of the meeting over the refusal of the Federal Government to pay the three-month arrears as a result of the late passage of the 2010 Budget.

At the May 14 meeting, the members, who had expected that the N737bn shortfall, which had accrued between January and March 2010, would be added to their April allocation, were disappointed when they were informed by the Minister of State for Finance, Mr. Remi Babalola, that the shortfall would not be paid.

Babalola had told them that the approval of President Goodluck Jonathan to withdraw the amount from the Excess Crude Account could not be obtained.

The minister told journalists shortly after the meeting on Monday that an approval on further withdrawal of N339bn from the ECA had been granted by the President as part payment for the arrears.

He, however, failed to give the details of the new balance in the account as it was expected to be worked out by the Accountant- General of the Federation.

Babalola put the distributable statutory revenue for the month of April at N362.49bn. This, he noted, showed an increase of N126.99bn or 44 per cent when compared to that of March.

He attributed the increase to higher prices of crude oil in the international market; rise in the collection of Petroleum Sharing Contract; Modified Carry Arrangement as well as the implementation of the new benchmark price of $67.

Babalola, who is also the chairman of the committee, however, said that there was a need for the country's revenue framework to be amended in line with the dwindling revenue accruing to the Federation Account.

While urging the Federal Government to adopt the doctrine of economic pragmatism, he said, 'What we have now come at after a lot of deliberations and discussions is on the challenge facing the country to ensure that the future is not a repeat of the past where we had the oil shock as well as the debt shock without any cushioning.'

'Also, the need for us to create a stable macroeconomic environment by ensuring that we delink the oil revenue earnings from public expenditure as well as ensuring sustainable resource utilisation for intergenerational equity.

'So, we have decided to look at it holistically and today we are coming out with the doctrine of economic pragmatism to ensure that we find a solution to the problem.'

When asked whether the states were satisfied with the review of the 2010 revenue framework, the Chairman, Commissioners Forum, Mr. Rebo Usman, rather urged the government to examine situations where funds generated by some of its revenue collection agencies were not remitted to the federation account.

'There are certain revenues that are collected and kept by the Federal Government that are supposed to be brought to the federation account but this has not been so. And I believe that by the time we sort ourselves out, people will begin to see results.'