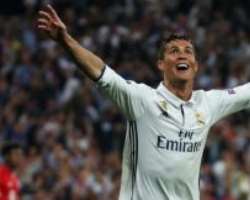 There are games you wish could go on forever.
Modern soccer gives us an unpleasantly high ratio of dull games to slog through, contests with stakes so high that they become stiff and anxious – joyless matches in which the tactical design isn't to win but to avoid defeat.

The second leg of the Champions League quarterfinals between Real Madrid and Bayern Munich was not such a game. It was a pulsating, scintillating blur of shots and chances and end-to-end action. Of a generous helping of yellow cards and balls cleared off the line. Of iffy penalties and heartbreaking own goals. Of red cards spared and reds given.

A six-goal classic, even if it was decided by a bad call.

Real came into the home game in plum position against its fellow juggernauts from Bavaria – the two sides have 16 European titles between them and were probably the co-favorites going into the knockout stage. The Spaniards had come from behind in Munich to win 2-1, with Cristiano Ronaldo claiming both precious away goals.

Tuesday's return leg ended with the same score line at the end of regulation, only in Bayern's favor this time. In extra time, Ronaldo scored twice – his second and third goals of the game, one of which was offside and one of which wasn't – to give him five goals in the series. Marco Asensio got the fourth, for emphasis, to make it 4-2 on the night and 6-3 on aggregate as Real Madrid reached its seventh straight Champions League semifinal.

A barrage of chances for Real in the first half yielded no insurance goals. And things got anxious when Arjen Robben won a soft penalty and Robert Lewandowski converted it for Bayern early in the second half. Ronaldo seemed to have the game won in the 76th minute when he scored his third game of the tie and a record-extending 101st in European competition. But just a minute later, Sergio Ramos bundled in an own goal to send the thing to extra time.

It would be a terrible bore to describe every single chance the sides had and didn't score on. Suffice it to say that Thiago and then Robben went close for Bayern in the ninth minute. Then, around the half hour, Karim Benzema, Dani Carvajal and Sergio Ramos all came within a few whiskers for Real. Ronaldo had two shots from promising positions before halftime. Toni Kroos had three.

Bayern, it seemed like, was barely hanging on.
And after halftime, its luck continued as referee Viktor Kassai spared Arturo Vidal a second yellow card when he went in hard on Ronaldo.

After the sides exchanged more chances, with Marcelo clearing off the line on Robben's chip, Casemiro was whistled for a foul on the Dutchman in the box. Robben embellished his fall, as he often does, but the contact was real, since diving and getting fouled aren't mutually exclusive. Casemiro, too, was spared a second caution for a light foul.

Lewandowski scored from the spot for his eighth Champions League goal of the season.

The next flurry of action was ignited by Casemiro, who won the ball high up the field and clipped in a soaring ball for Ronaldo. The reigning World Player of the Year slipped between Jerome Boateng, who had previously made an enormous save on the line on Ramos's effort, and retiring captain Philipp Lahm and deftly headed past Neuer.

On the sidelines, Real manager Zinedine Zidane, who is trying to win the first back-to-back European crowns in the Champions League era, glowered as he took what seemed like a decisive lead against his predecessor and counterpart Carlo Ancelotti. He seemed to know it wasn't over.

Indeed, Ramos, a central defender with a penchant for scoring clutch goals, blundered in a clumsy ball, rolling it past his own goalkeeper Keylor Navas.

That tied things up on aggregate. And before the game went to extra time, Vidal was finally sent off in the 84th minute. He slid through Asensio after booting a ball away cleanly. Free of context, it was a harsh yellow card. But when you considered the earlier non-call, it was karmically overdue.

Bayern was no less timid for having to play the bonus period down a man, understanding that sitting back would surely be fatal. And it knew, too, that Neuer excels in times such as these. Sure enough, the goalie made a stunning save on Asensio.

However, just before the break in extra time, Ronaldo got the winner. But when Ramos dinked the ball into the Portuguese in the box, Ronaldo was a good foot offside. Not that he cared, smacking it past Neuer and into the net at last.

It was an unfortunate way to decide such an instantly memorable game: with a wrong call. Or another wrong call, if you will.

But, as if to ensure that there would be no asterisk beside Real's potential 12th European title, Marcelo dribbled through most of Bayern's half in the second half of extra time, going right up the gut. He laid off to Ronaldo for the tap-in.

Then again, even that one was a tad suspicious.
Bayern was defeated at this point and spread thin in the back. So Asensio went on a run of his own and beat Neuer as well. And his goal was beyond reproach.

Zidane finally smiled.
The score flattered the home side. And Bayern had a right to feel aggrieved by some of the decisions by Kassai.

Yet this game will be no less memorable for it. It's just a shame it had to end.