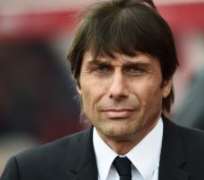 Chelsea manager Antonio Conte has confirmed that Victor Moses is available again as his side prepare to take on Bournemouth in the Premier League this weekend.

The Blues travel to the Vitality Stadium for Saturday's late kickoff, with the Nigerian wing-back fit again after missing the last few games with a toe injury.

Pedro and Cesar Azpilicueta have filled in at right wing-back during Moses' absence, but the 26-year-old has very much made that position his own this season.

Moses has been a revelation for Chelsea this season (Picture: Getty)

Conte confirmed the good news in his press conference today, saying: 'He trained with us yesterday and today but I need to check the situation to make the best decision. He is available. There are no other injuries.'

Moses has been a surprise star of Chelsea's season after returning from three years out on loan, but Conte insists his squad have also coped fine in his absence.

'He showed he's important this season but I think in the last two games we showed we can play without him and we've shown in the past that we can do the same without other players,' he said.