Liverpool back to form, beat Tottenham 2-0 in outstanding performance 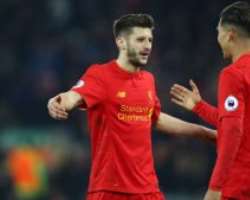 Liverpool returned to form with a thrilling 2-0 victory over Tottenham at Anfield. Could another big win against one of their closest rivals help Jurgen Klopp’s men get back on track?

Anfield has witnessed some special performances under Jurgen Klopp, but Liverpool’s first-half showing against Tottenham will take some beating. After a dismal run of just one win from 10 games, they blew the visitors away with the kind of scintillating attacking display that made them such strong title contenders before things went awry at the turn of the year.

Liverpool, who had not won a Premier League game since beating Manchester City on New Year’s Eve, ripped into Mauricio Pochettino’s side relentlessly, pressing them high up the pitch and attacking at breakneck speed. Sadio Mane used all his pace and power to burst past Ben Davies and score the early opener, and 138 seconds later he was thumping the ball into the net for a second time.

Both goals came after Liverpool players had stolen possession in Tottenham’s half, with Victor Wanyama and then Eric Dier caught on the ball as the Reds forced them backwards. It was Klopp’s side at their most effective, and it was particularly tough for Spurs’ second-choice left-back Davies, who was mercilessly targeted by Mane. Oops! Remember you need to log in using your Sky iD to watch Premier League video Liverpool 2 – 0 Tottenham
The Senegal international got in behind Tottenham’s defence on three further occasions before the half-time whistle. His first effort skidded wide off Hugo Lloris thigh, his second was pushed past the near post by the Spurs goalkeeper, and for the third he was only thwarted by his own heavy touch.

Liverpool’s dominance was all the more impressive considering the quality of the opposition. Tottenham’s recent form has been the complete opposite of Liverpool’s, with nine wins and two draws from their previous 11 games in all competitions. Pochettino’s side are known as one of the most dynamic in the country, but even they couldn’t keep up with Liverpool’s breathless start.

The interval couldn’t come soon enough for Spurs, and when it did arrive they left the field having faced eight shots on target – their highest total in the first half of a Premier League game since Opta started taking records in 2003/04.

Liverpool eased up in the second half, but Mane remained a threat right up until he was substituted to a standing ovation in the closing stages. On only his second start since returning from the Africa Cup of Nations, his performance was a reminder of just what he adds to the team. Philippe Coutinho in action as Liverpool take on Tottenham

His speed and movement was impossible for Spurs to cope with, and his all-encompassing influence was highlighted by the second goal. It was Mane who won the ball from Dier to start the move, and it was Mane who squared the ball for Philippe Coutinho to take the initial shot. When the ball bounced back out, the 24-year-old was perfectly placed to bury it.

For Liverpool, it was reminiscent of their best moments under Klopp. The first-half blitz evoked memories of last season’s thrashings of Manchester City and their 4-3 victory over Arsenal on the opening day of the campaign. And for all their maddening inconsistencies, Liverpool remain consistently reliable against the top teams.

Indeed, in meetings between the top six this season, Liverpool have taken more points than any of their closest rivals, with four wins and four draws from eight games giving them an impressive return of 16 points from a possible 24.

With games at home to Arsenal and away to Manchester City to come in March, their big-game record bodes well for what lies ahead. Chelsea may already be out of reach at the top of the table and Liverpool still need to banish their complacency against the smaller sides, but rediscovering their killer touch against Spurs was a perfect response to their recent struggles. 2017 got off to a miserable start, but Liverpool are back with a bang.