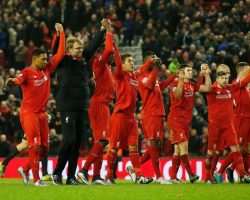 Liverpool FC have arranged for a private jet to fly Senegalese striker Sadio Mane back from the 2017 Africa Cup of Nations (AFCON) in Gabon.

This is to give him a chance of facing English Premier League leaders Chelsea FC at Anfield on Tuesday.

Mane is available again after Senegal lost 4-5 on penalty kicks to Cameroon in the quarter-finals on Saturday.

The 24-year-old former Southampton player missed the crucial penalty kick for Senegal with scores at 4-4 and Cameroon yet to take their final kick.

Liverpool have won only one game since he left for international duty after a 2-2 draw at Sunderland on Jan. 2.

They were knocked out of the EFL Cup by Mane's former club on Wednesday, then eliminated from the FA Cup by Championship side Wolves on Saturday.

The Reds will check on Mane's fitness before making any decision on his involvement in Tuesday's game against Chelsea, who are 10 points ahead of them.