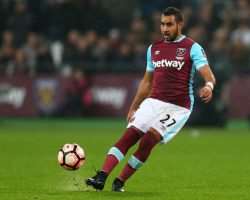 But West Ham chiefs have rejected a £19.1m bid from Payet's former club .

According to The Sun , Premier League leaders Chelsea are planning a 'bold attempt' for Payet.

It's claimed Antonio Conte has added the 29-year-old to his January wishlist. Dimitri Payet wants out of West Ham The Blues boss has turned to Payet after suffering frustration in his attempts to prise Arturo Vidal from Bayern Munich.

Cone has £60m from the sale of Oscar to Shanghai SIPG burning a hole in his pocket. Hammers chiefs are on a desperate hunt for a striker and Bilic fancies the Belgian.

Batshuayi has barely featured for Chelsea since his £33m arrival from Marseille in the summer and could be on the move if Conte lands Swansea striker Fernando Llorente.