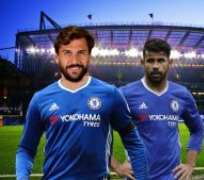 Chelsea are in search of a striker in the January transfer window and Blues coach Antonio Conte has already made his wish clear to owner Roman Abramovich: sign Swansea City's Spanish striker Fernando Llorente. Costa back-up

While Diego Costa is on fire so far this season and is currently the top scorer in the Premier League with 13 goals in 17 league games (one more than Arsenal’s Alexis Sánchez), the Brazilian-born Spain forward does not have a natural replacement in the squad.

The West London club made a big payout this summer for Michy Batshuayi (€40 million) from Marseille, but the young Belgian is not performing as expected, finding the net just once in 11 matches. That’s why Antonio Conte now wants to bring in an experienced forward like Fernando Llorente. The 31-year old Spaniard is very familiar with the Italian manager after spending two seasons under his command at Juventus, and Conte knows perfectly well what he is capable of. In Turin, Llorente scored 27 goals in 92 gameswhen he was fighting it out for the number nine shirt with Álvaro Morata. 6 goals in 15 games at Swansea

Llorente arrived at Swansea in August on a two-year deal after signing for an undisclosed fee from Sevilla . Although the Swans have struggled, finding themselves mired in a relegation battle that led to American boss Bob Bradley dismissal last weekend, the former Athletic Bilbao striker has still managed to score 6 goals in 15 games.

If Chelsea do go for Llorente, he would make a great reinforcement for the Premier League leaders and provide much-needed competition for Diego Costa.