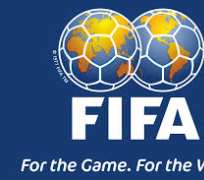 The world football governing body, FIFA, has taken fast action to open disciplinary measures against two UK nations due to a breach of international football rules. Wales and Northern Ireland will be facing punitive proceedings over the fact that they displayed commemorative poppy symbols in their latest games. The world governing body issued an official statement on Wednesday regarding the same and promised to take action against the countries, as MyBookie soccer lines.

The football associations of North Ireland and Wales are to blame for granting permission for their players to wear black armbands having poppy symbols, which is contrary to FIFA regulations and they have already been penalized for such prohibited actions. However, football associations for both countries have assured their fans that they will contest the charges legally.

The world football governing body earlier declared disciplinary measures against Scotland and England after their respective players put on poppy armbands when they met at Wembley for their World Cup qualifier during their Armistice Day. In the statement, the FIFA spokesperson declared that the disciplinary committee made the decision to open disciplinary proceedings against football associations governing Northern Ireland and Wales in line with the prohibited actions concerning the display of poppy symbols. The incidences took place during and after the matches featuring Wales vs Serbia and Northern Ireland vs Azerbaijan.

Traditionally, British citizens are known to wear paper poppies or badges a few days before November 11 as an annual commemoration of the day the signing of the Armistice took place to mark an end to the First World War in 1918 and especially to pay tribute to the fallen soldiers and citizens who fell victims. Even though in the English Premier League, players are allowed to wear poppy symbols on their jerseys, rule 4.4 of FIFA prohibits all international football teams from showing any symbols that point towards political, religious or commercial purposes.

Earlier this month, before the game between Wales and Serbia, the former placed a wreath adjacent to the pitch, as their fans displayed a poppy mosaic in Cardiff. The same incident happened in Belfast, when Northern Ireland decided to hold a 60-second moment of silence, held a minute's silence, placed wreaths beside the pitch and displayed a poppy mosaic before thumping Azerbaijan 4-0.

However, John Ford, the Chief Executive of Wales Football Association expressed his surprise and disappointment with the news from FIFA. He said that their actions only aimed to show reverence to the Armistice weekend, which he felt they carried out in the most appropriate manner. His statement also added that they observed all the rules and regulations governing the competition as well as the FIFA'S ban on players wearing poppy symbols on the field of play or on their armbands.

John emphasized on his disappointment regarding the charges, which relate to fans wearing poppies in the stands and vowed to contest the charges because they are baseless and unsolicited. The FAW voiced astonishment that FIFA is considering the charges in relation to fans wearing poppies in the stands. Similarly, the Football Association of North Ireland said that it would strongly defend their actions against those charges. In addition to the fines, all the countries making up the UK could also lose their hard-earned World Cup qualifying points.