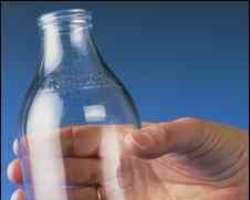 By Mark Ward
Technology correspondent, BBC News
The pool of net addresses is almost empty
In less than 18 months there will be no more big blocks of net addresses to give out, estimates suggest.

Predictions name 9 September 2011 as the date on which the last of those tranches is released for net firms and others to use.

Everything connected to the net needs an “IP address” to ensure data reaches the right person or device.

Experts say that the net's entire existing address space will be exhausted about a year after that date.

A newer scheme is being rolled out but many firms and countries are being slow to switch, experts warn.

Small pool
The net is built around version four of the Internet Protocol addressing scheme (IPv4) which has space for about four billion addresses. Its successor – IPv6 – has trillions available.

The continued growth of the net is tied to this pool of addresses.

While four billion was enough in the 1970s when the net was being set up, the growth of the world wide web is rapidly depleting this store.

The growth of the web has meant that only about 7% of these addresses, roughly 300 million, are left to allocate. This entire pool is expected to be depleted in April 2012.

In early May, the Internet Assigned Numbers Authority (IANA), which oversees the net address space, handed over two of the big chunks of remaining addresses.

The removal of these 17 million addresses from the global pool meant that the date on which there will be no more big chunks left jumped forward.

“This whole business of forecasting depletion involves a little bit of reading the tea leaves,” said Axel Pawlik, managing director of Ripe NCC, which hands out IP addresses in Europe.

“Ten years ago we said it would happen far in the future,” said Mr Pawlick. “Now we are all running around with iPhones, we're in that future.”

While the cut off date is 18 months away, some fear it will shrink as the pace at which addresses get used speeds up. Throughout the whole of 2009, IANA handed out eight of the big blocks of IPv4 addresses. In the first 100 days of 2010, it has handed out six.

“You cannot just ask for more IP addresses,” he said. “You have to prove you need them.”

“The registries will not let you have more until your reserves reach a certain threshold,” he said.

While IPv4 and IPv6 can live alongside each other, anecdotal evidence suggests it is not a trouble-free union, said Mr Davies.

The process of translating one address into the format of another introduces a significant delay.

Unless more ISPs and others start to adopt IPv6 those delays could start to hit general web browsing, fears Mr Davies.

“It adds quite a lot of latency onto people accessing your network because it has to go through network address translation,” he said.

Mr Pawlick from Ripe said it had seen significant growth in requests for IPv6 addresses over the last few months.

“What we are not seeing yet is those IPv6 addresses being used on the internet,” he said.

IPv6 tracking services suggest that less than 1% of the net's top one million websites run IPv6. Another statistic suggests that only 6% of the networks that form the net use IPv6. China is one of the biggest users of the new addressing scheme.

Companies are being urged to get working with IPv6 now, to forestall any problems caused by the shortfall.

“The key thing to focus on is the opportunities IPv6 brings your business before IPv4 runs out,” said Simon McCalla, director of IT at Nominet, which oversees the .uk domain.