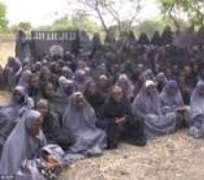 After his triumphant outing in the poll last year, President Muhammadu Buhari reiterated his campaign promise to adopt a different approach, in tackling the Boko Haram insurgency, and securing the release of the girls of Government Secondary School, Chibok, Borno State, abducted in 2014 by the terrorist group.

In his inaugural speech to the nation on May 29, 2015, Buhari, as part of his strategies to ensure that the insurgents are completely subdued, announced the relocation of the Military Command and Control Centre from Abuja to Maiduguri, the Borno State capital, believed to be the headquarters of the Boko Haram sect.

For Buhari, who was obviously worried by the extent of damage done to lives and property by the Islamic sect, nothing meaningful could be achieved in the battle to checkmate the Boko Haram militants with the command and control centre based in Abuja.

The authorities of the Nigerian Military seeing the seriousness the President attached to his directive for the Command and Control Centre to be moved to Maiduguri wasted no time in heeding to the order. The centre served as a forward command base for the Chief of Army Staff and other service chiefs with an alternate command centre established in Yola, the Adamawa State capital.

With the President's motivation and the moving of the Command Centre to the North East, the military, via well-coordinated operations was able to reclaim all the Local Government Areas that were fully taken over by the dreaded Islamic terrorists, within one year of Buhari’s assumption of office.

Former Governor of Yobe State and Senator representing Yobe East Senatorial District, Abba Bukar Ibrahim, attested to the remarkable achievements recorded by the Buhari administration in its effort to decimate the Boko Haram group when he said: “Definitely, there have been a lot of improvements compared to what has happened during Jonathan presidency.

Buhari’s pragmatic approach to the fight against terrorism in the country yielded further fruitful results with the release of 21 Chibok schoolgirls on October 13, 2016. The girls were among the 276 female students kidnaped by Boko Haram in their hostel on April 14, 2014. A total of 57 of them succeeded in escaping few hours after the abduction, leaving 219 in captivity for over two years. One of the captured girls was found in May 2016. With 21 released, 197 are still held hostage.

The news of the release of the schoolgirls was greeted with great joy and excitement by Nigerians who have continued to pour encomium on the President for the determination he has shown in fulfilling his promise to rescue the girls alive. The International Committee of the Red Cross (ICRC) and the Swiss government played significant intermediary roles in the painstaking negotiation that saw to the release of the 21 girls.

Governor Kashim Shettima of Borno State said the release of the teenage girls had proved Buhari’s sincerity in ending the Boko Haram insurrection. In the words of Shettima, “If any Nigerian had doubts about the sincerity and commitment of President Muhammadu Buhari ‎to the rescue of our precious daughters abducted by the Boko Haram insurgents at Government Secondary School, Chibok, on April 14, 2014,…such doubts should be eliminated by the success of the negotiation that led to the release of 21 Chibok schoolgirls.

As people of Borno State, troubled by the deaths and destructions of Boko Haram insurgency, one of our major sources of strength since May 29, 2015, has been the undiluted sincerity we saw in President Muhammadu Buhari based on his administration’s absolutely genuine commitment toward recovering our schoolgirls.

And thousands of other women and children held in captivity as well as ending the insurgency in order to secure the lives of our citizens and make way for reconstruction, resettlement and other development programmes and projects. We had faith in Buhari from the very day he took off as President.”

The outgoing United Nations Secretary-General, Mr. Ban Ki-Moon hailed the release of the 21 Chibok girls, in a statement released in New York by his spokesperson, Stéphane Dujarric. According to the statement, the UN scribe also expressed deep concern about the safety and well-being of the remaining schoolgirls and other victims of abduction by Boko Haram, who are still held captive.

It further noted that “The Secretary-General urges the international community to continue supporting the government of Nigeria in its efforts to secure their release, rehabilitation and reintegration. He calls for increased efforts to ensure additional humanitarian access in the north-east of Nigeria, and reiterates the continued commitment of the United Nations in this regard.”

Disclosing that negotiations are ongoing for the release of another set of the abducted girls, the Minister of Information and Culture, Alhaji Lai Mohammed, warned against unguarded utterances by commentators and analysts on the issue of the Chibok girls. Speaking at a special thanksgiving Church Service and reunion of the 21 girls with their families in Abuja, Alhaji Mohammed said: “There are many reckless analysts and commentators who are not helping the situation. We still have many of our children in captivity.

...Therefore we have to be careful with the kind of comments that we make. We must not make comments that will make the release of these girls difficult or impossible… This is the beginning and we are very optimistic that very soon another batch bigger than this will be released. I want to assure you that these negotiations are ongoing even as we speak.”

The Islamic fundamentalist group, Boko Haram was founded by the late Mohammed Yusuf in 2002 in Maiduguri. It moved to Yobe State in 2004 to set up a base in Kanamma and later spread to other parts of the Northeast. The controversial militant group wanted the imposition of Sharia law in all the states of the northern region of the country and engaged in the eccentric and unorthodox preaching that “Western Education is a sin” which is precisely the direct translation of what the word “Boko Haram” connotes. They seem to also be opposed to Western culture and modern science. Buhari had described Boko Haram as “a mindless, godless group who are as far away from Islam as one can think of.”

The Boko Haram sect was ranked as the world’s deadliest terror group by the Global Terrorism Index in 2015, the same year the group announced its allegiance to the Islamic State of Iraq and the Levant (ISIL). It allegedly had links to Al-Qaeda and operates in Chad, Niger and northern Cameroon. The group’s swelling wave of radicalization led to a fierce rebellion in 2009 in which its founder and leader, Yusuf, was summarily executed by the police, an action that infuriated the members and made them to become much more brutal in their attacks using sophisticated and advanced military weapons.

Over 20, 000 lives and properties worth billions of dollar have been destroyed from the havoc wreaked on the people by the heartless and bloodthirsty Boko Haram adherents since 2009, with not less than 1.8 million persons displaced. The impact of the destructions, caused by the Boko Haram insurgency in the Northeastern region, amounts to $9 billion, according to the report of the Recovery and Peace Building Assessment (RPBA) team.

In her presentation of the report in Abuja in March this year, the Senior Special Assistant to the President on Internally Displaced Persons (IDPs), Dr. Mariam Masha, revealed that Borno State was worse hit by the disaster with a loss of $6 billion. Yobe and Adamawa states were next in the degree of devastation. The RPBA team, which said it would need $6 billion to carry out recovery efforts in the crisis-ridden region, recommended a four-year strategic plan to return the North East to the path of progress and development.

The resolve by the Federal Government (FG) to fully cater for the freed Chibok schoolgirls is, indeed, a step in the right direction. Buhari made known the decision of FG when he hosted the girls and their parents at the Presidential Villa, Abuja. He said: “Aside from rescuing them, we are assuming the responsibility for their personal, educational and professional goals and ambitions in life.”

Disclaimer: "The views/contents expressed in this article are the sole responsibility of Michael Jegede and do not necessarily reflect those of The Nigerian Voice. The Nigerian Voice will not be responsible or liable for any inaccurate or incorrect statements contained in this article."
Articles by Michael Jegede
9-5-2017  Inec And The Long Wait For Anambra Central Rerun19-11-2016  Supporting Buhari’s War Against Corruption7-11-2016  Lt. Col. Abu Ali: Painful Death Of A Gallant Soldier13-9-2016  Edo Guber Poll: Victory Sure For Pdp Says Ex-minister8-8-2016  Ajaokuta Steel/niomco And The Modified ConcessionMore...