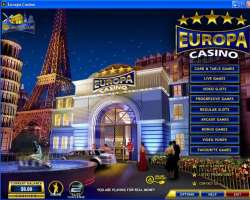 They managed to become the one country to create a monopoly in the online world regarding online gambling. They do not want outside internet casinos within their borders according to a recent announcement. Officials have stated that they will be bringing in harder regulations to put a stop to the unwanted sites. Their blocks on the internet will be strengthened to ensure that no outside information is allowed in. Only the Chinese government will be allowed to dictate what is posted on the internet. With such strict laws it is difficult for many to enjoy the internet, but on the other hand their stance regarding outside online casinos may be enough to stop scam and spam sites from leaking in.

Unfortunately, China has not been very diplomatic in their refusal to allow in outside online casinos. Even trustworthy and proven casino operators are being turned away as “hostile forces.” Any online casino, pornography or even search engine could be considered a hostile force. In fact Google has been ordered out of China. Their operations will have to relocate to Hong Kong since they no longer follow all of the Chinese censorship policies.

China has become a very aggressive power in the east, going as far as having bad relationships with countries such as the UK and the US. Their recent announcement regarding online casinos doesn't come as no surprise considering recent events and opinions which have formed in the government of China. China looks at outside online casinos as them driving money away from their economy. However, the Chinese general public has spoken out about these new internet restrictions and are highly dissatisfied. Even though they are unhappy with the new rules it is unlikely that anything will be changed. The government is also uncooperative in saying what changes will be put into effect. For UK and US players all this means is that they get to keep their favorite casinos to themselves with no competition from Chinese players.