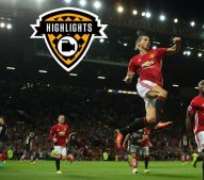 Zlatan Ibrahimovic refused to share his Old Trafford spotlight with Paul Pogba, scoring in each half as Manchester United brushed aside Southampton 2-0 in the first of the Premier League’s new Friday night attractions.

Pogba, the most expensive man in football with an £89 million price tag around his neck, was handed his second United debut after missing the season opener through suspension, but Ibrahimovic is not a man to be outdone easily.

Pogba is United’s future, and he turned in a midfield performance brimming with athleticism, energy and skill, but Ibrahimovic is the man of the moment, taking his tally to four goals in his first three matches with a precision header and a neat penalty.

The return of the prodigal child certainly caused a prematch stir, with Pogba’s image glaring broodingly from the matchday programme and the home fans reserving their loudest roar for his name.

After such a build-up it was almost inevitable that his first touch would be a disappointment and he duly miscontrolled the ball off his instep before giving it away with a sloppy retrieval attempt.

But the fans were audibly energised, a stark contrast to the flatness of the Louis van Gaal era, and Ibrahimovic, Pogba and Juan Mata were soon probing away with a series of neat touches and flicks in the final third.

Ibrahimovic’s cutback gave Pogba an early chance at goal in the 13th minute, but his curling effort was never likely to beat visiting goalkeeper Fraser Forster.

Southampton relied on counter-attacks and might have taken the lead when Nathan Redmond peeled away from Eric Bailly and into the box.

Dusan Tadic was lurking at the far post but Redmond put too much on his cross and the chance disappeared.

An opening goal never seemed far away, be it Shane Long missing by a yard after United failed to clear a free-kick or Wayne Rooney warming Forster’s hands with a low drive.

Ibrahimovic also attempted a trademark bicycle kick after Pogba’s cute chip and Mata’s flick on, but he could not control the attempt.

United eventually broke the deadlock in the 36th minute when Rooney hunted down Antonio Valencia’s pass at the corner flag. He took a moment to assess his options and hung a bending cross to the leaping Ibrahimovic.

He outjumped Jose Fonte, hung in the air and guided his header past the diving goalkeeper.

The game was effectively settled inside in the first seven minutes of the second half.

Southampton came tantalisingly close to parity when Tadic beat David de Gea with his head, only for the referee to chalk it off for a push.

Within seconds United were attacking at the other end, Luke Shaw had burrowed into the box and Jordy Clasie was penalised for felling him.

Ibrahimovic stepped up, buried the penalty and the points were all but safe.

United were eager to entertain though, and Pogba might have put the perfect end to matters when he rose to meet a 63rd-minute corner. He was not the only one to react with shock as his header landed in the crowd rather than the net.

Ibrahimovic was also hunting his hat-trick, but made a rare error in timing when Mata picked him out at the far post.

Pogba had one last late chance to pen his dream finale but after making great ground on the overlap he shot wide.