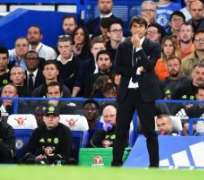 Antonio Conte's desire to strengthen his Chelsea defense will see the Italian offer £60 million ($79 million) for Napoli's Kalidou Koulibaly, according to reports.

The offer would mark a club-record fee at Stamford Bridge but Conte is desperate to get the deal done in order to provide him with more options in the back line, according to the The Daily Telegraph .

The arrival of Koulibaly, who was bought by Napoli in 2014 for £8 million ($10.5 million), would throw the futures of captain John Terry and Gary Cahill into question.

Both played in Chelsea's Premier League win against West Ham on Monday, but Koulibaly would be expected to start should the club fork out such a large sum.

The 25-year-old's arrival would, however, provide Conte with the option of playing three at the back, a tactic he used effectively at Juventus in Serie A and with the Italian national team.

Chelsea also has promising center-back Kurt Zouma returning from injury before the end of the year, having severely injured the anterior cruciate ligament in his knee in February.

Conte's team travel to Vicarage Road on Saturday to take on Watford in the second weekend of the Premier League.