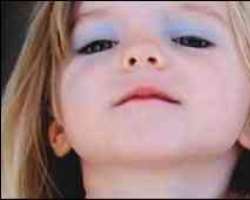 The parents of missing British girl Madeleine McCann have thanked “everyone who stayed with us”, on the third anniversary of her disappearance.

In a message on their website, Kate and Gerry McCann said the search would go on “for as long as it takes”.

They said: “It might be three years without Madeleine but it certainly doesn't feel like we're at the end of the line – far from it.”

Madeleine was three when she vanished from Praia da Luz, Portugal, in 2007.

'Never easy'
On the campaign website findmadeleine.com the couple said: “We know we couldn't have achieved as much as we have without this help.”

“Milestones and anniversaries are never easy, but the work to find our little Madeleine will continue regardless, with the same determination and tenacity as it always has and for as long as it takes.”

On Sunday the McCanns released a new video online which shows the couple trying to find their missing child over the past three years.

It includes a new photograph of Madeleine wearing blue eyeshadow, and with a pink bow in her hair and a gold bead necklace.

The video, produced by family friend Jon Corner, was originally shown at a fundraising event in London in January to mark the 1,000th day since Madeleine's disappearance.

Publicity pack
Last week the McCanns said they felt British authorities had “given up” on looking for their daughter.

They told GMTV they wanted the government to review the whole case.

Mr McCann said it was wrong that he and his wife had to lead efforts to find their child.

He said it was “incredibly frustrating” that police in Portugal and the UK had not been actively looking for Madeleine “for a very long time”.

The couple – from Rothley, Leicestershire – still believe their daughter is alive and have released a pack of publicity material for people to take with them when they travel abroad.

The McCanns have also hired private investigators to help look for Madeleine.