NBA: Is Gadzama The Philosopher King? 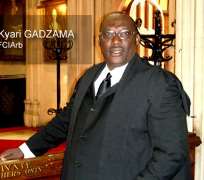 Usually, the Nigerian bar is significantly respected as the most independent voice that speaks the minds of millions of Nigerians, especially the oppressed majority.

The Nigerian Bar Association alongside such progressive groups like the Nigerian Student’s body of the yore, the credible non-governmental and civil society organizations (before All Progressives Congress bought most of them up), vociferous independent media are amongst the apostles of democracy that battled the then military dictators that held Nigeria spell bound for many decades after they unconstitutionally took control of political powers by the barrels of the gun.

That Nigeria returned to democracy in 1999 was partly due to the vigourous pro-democracy advocacy activities that such notable lawyers like Chief Gani Fawehinmi, Chief Olisa Agbakaoba, Clement Nwankwo, Femi Falana and many other principled bar leaders and elders which put global pressure on the military boys to peacefully and constructively transmit power to a democratically elected civilian administration not before such political sacrificial lambs like Chief Moshood Kashimawo Abiola was administratively killed before actualising his June 12th 1993 dream of seating as the elected President of the Federal Republic of Nigeria.

So the contestation for who becomes the leader of the Nigeria Bar Association is not a beer parlor event but a frantic search for a philosopher king as aptly captured by the great philosopher Mr. Plato and this philosopher who would be elected by his peers is expected to competently champion the cause of the commoners without compromising the ideals and principles of the organization. In the outgoing dispensation not so much was heard of the Nigeria Bar Association even as Chief Augustine Alegeh is perceived heavily as a loyalist of the central political system who is afraid of rocking the boat.

For now there are two persons one of whom is being touted to take over the mantle of leadership if democratically elected.

These leading contestants for the position of the most prestigious organization are Chief Joe-Kyari Gadzama from Borno State and Alhaji A.B. Mohmood from Kano State both of whom are Senior Advocates of Nigeria..

So who is the philosopher king fit and proper to take over the mantle of President of NBA can only be fully comprehended if we look at what Plato say are qualities of a philosopher king.

He wrote thus: “The role of rulers is to ensure the people follow the “good life”.”

“Knowing what the “good life” is requires intellectual ability and knowledge of ethics and morality”.

“Only philosophers have this ability and knowledge”.

“Political Power should only be given to philosophers.”

“Until philosophers are kings, cities will never have rest from their evils”. More than ever now that Nigeria is violently divided alongside Ethno-religious religious divides the leader of the unofficial bar must have the right frame of mind and must be a man so versatile in his job that he can independently express the opinion of the people of Nigeria. Of the two persons Chief JK Gadzama is broadly acknowledged as a Nigerian of note that has traversed the length and breath of the entire Country. JK Gadzama appears to be more recognisable that Alhaji A.B.Mohmood who is best known for running his law practice in a corner of Kano State.

Called to the Nigerian Bar in 1986 and enrolled at the Supreme Court of Nigeria the same year, Chief J-K Gadzama was appointed Notary Public in June 1996 and elevated to the worthy rank of a Senior Advocate of Nigeria (SAN) in 1998. His professional experience spans a vast area of adjectival/procedural and substantive law. A worthy professional par excellence, he has been external Solicitor to several Merchant, Commercial, Development and Industrial Banks; adviser to major multinational corporations and indigenous companies and organizations and network of individuals in Nigeria. He was the lead Counsel to the Independent National Electoral Commission (INEC), and also was the Chief Legal Counsel to People’s Democratic Party (PDP).

He is registered with the Securities & Exchange Commission (SEC), Abuja as a Capital Market Consultant and was a partner in the legal consortium of Legal Advisory Partnership (LAP), comprising foreign and indigenous lawyers charged with the responsibility of providing legal services to the Bureau of Public Enterprises (BPE) Abuja, from April 2004 to July 2007. Aside this very important assignment, he is a Legal Consultant to Bureau of Public Enterprises (BPE), the Secretariat of the National Council on Privatization (NCP), chaired by the Vice President of the Federal Republic of Nigeria.

Chief J-K Gadzama has been recognized in the international scene, as his expert opinion on the nature of damages recoverable under Nigerian Law, was recently in 2015 sought in Toulouse, France before The Tribunal De Grande Instance De Toulouse. He has been recognized by Intercontinental Finance Magazine (ICFM) in 2015 as one of the 500 best lawyers in the world. He is also featured on Who’s Who Legal as an Arbitration Expert. He was recently appointed Liquidator to wind up the Power Holding Company of Nigeria (PHCN) PLC and also provide Legal Advisory Services for the winding up proceedings.

Due to his Anti-corruption posture, he was appointed the Chairman, Legal Team of Economic and Financial Crimes Commission (EFCC) and he was also Chairman, National Working Group on the Rome Statute constituted by the office of the Honorable Attorney General of the Federation.

Until recently, Chief Gadzama was a Federal Commissioner/Board Member with the Infrastructure Concession Regulatory Commission of Nigeria (ICRC), Board Member, Diamond Pension Fund Custodian and Board Member, University of Benin Governing Council.

A frantic search online about the activities and achievements of Alhaji A.B. Mohmood usually turns out very scanty information just as he is not so well known as a top rated lawyer.. As a man from the Hausa/Fulani stock he wouldn't make a well regarded choice as President of the Nigerian giving that the Federal High Court of Nigeria, Court of Appeal and Supreme Court of Nigeria including the leader of the official bar- the minister of Justice are all of the same Ethno-religious religious configuration.

JK Gadzama would be the first lawyer from a minority tribe in the North East State of Borno that could become the leader of the strongest organisations in sub Saharan Africa and his choice if confirmed could seek to fundamentally balance to a small percentage the overwhelming dominance of one Ethno-religious Religious group of the hierarchies of the Judiciary in Nigeria.

I believe the electoral college of lawyers will pick the best choice in Chief Joe-Kyari Gadzama who obviously is the PHILOSOPHER KING FOR THE NIGERIA BAR ASSOCIATION. Successful lawyers like Chief Age Babalola(SAN) amongst others have endorsed Chief JK Gadzama.