Super Eagles to take on Mali, Luxembourg in Europe 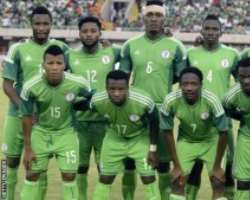 The Super Eagles will take on the Eagles of Mali and the Luxembourg senior national team in two international friendly matches in Europe in the next FIFA window.

The former African champions will take on Mali, ranked four places above them at 63, at the Stade Robert Diochon in Rouen, France on May 27.

The Eagles of Mali have already qualified for the 2017 Africa Cup of Nations finals, having garnered 10 points from their first four matches of the qualification series.

They are in Group C which also has Equatorial Guinea, Benin Republic and South Sudan.

The Super Eagles will then face Luxembourg in Luxembourg City on June 1 at a venue to be finalized very soon.