HOW TO TRAIN YOUR DRAGON RECONQUERS US BOX OFFICE 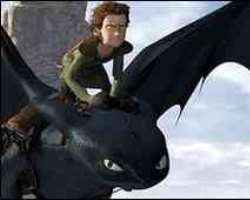 The film features the voice of Ugly Betty's America Ferrera

Animated 3D film How To Train Your Dragon has returned to number one in the North American box office chart, five weeks after its initial release.

How To Train Your Dragon made $43.3m (£28.1m) in its first week, displacing Tim Burton's Alice in Wonderland from the top slot.

But then it dipped in the chart before making a resurgence last weekend, moving up from second place. US BOX OFFICE TOP FIVE

Alice in Wonderland, hanging on inside the top 10, has taken a total of $327m (£213m) following two months on general release.