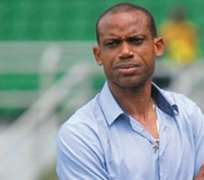 However, he will have plenty of support from FIFA as it is a familiar ground for the former Juventus and Ajax midfielder who worked as part of the technical study team during the 2014 World Cup in Brazil. 'Honoured to be appointed into the 'new look' FIFA Technical Department. Next mission; The 2016 Rio Olympics football,' he wrote on his verified twitter handle.

Oliseh has been keeping himself busy after leaving the Super Eagles job as he was seen recently in German where he went to watch the UEFA Champions League match between Bayern Munich and Benfica, Vanguard reports.