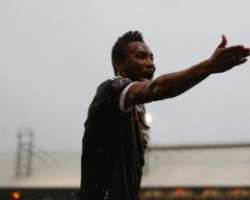 Chelsea star John Mikel Obi is the new Nigeria captain after Ahmed Musa relinquished the position on Thursday, saying this was to clear “a mix-up”.

“Something happened before I was made the captain of the Super Eagles. There was a mix-up,” Musa told reporters in Abuja.

“But right now, we have a new administration. Mikel is my senior and a big brother. So, Mikel is the captain, not me.”

Mikel described Musa as a “wonderful professional”, commending his courage to surrender the captaincy to him.

“I want to thank Ahmed Musa for being a wonderful professional,” he said.

“It takes a man to come out and do what Ahmed Musa has done today. So, I commend him a lot for doing that.”

Mikel will now lead Nigeria in Friday’s crucial 2017 Africa Cup of Nations qualifier against Egypt in the northern city of Kaduna.

The 28-year-old Mikel made his full international debut in 2005, five years before 23-year-old Musa.