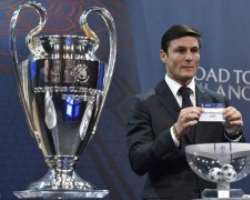 PSG, who have already won the Ligue 1, will face an English team, after sending Chelsea packing in the previous stage.

An all Spanish encounter between Barcelona and Atletico, with both teams fighting for the La Liga on the local front.

Real Madrid have been handed Wolfsburg, with Bayern Munich paired with Benfica.