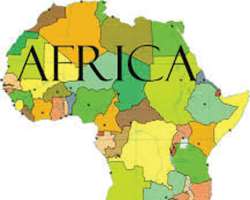 The Federal Government has praised organised labour for its role in the launch of the United Nations' (UN) Ecosystem-based Adaptation for Food Security Assembly (EBAFOSA) in Abuja last Friday.

EBAFOSA was formed following the Second Africa EBA for food security conference convened by the UN Environment Programme (UNEP) in collaboration with the African Union (AU) Commission and partners on last July 30 and 31, where 1200 delegates from Africa adopted the Nairobi Action Agenda and the Constitution, which gave birth to the first ever Africa Ecosystems Based Adaptation for Food Security Assembly (EBAFOSA).

The international body will serve as the continental policy platform to foster and nurture partnerships through branch formation in each African country.

Some African countries have since launched their programmes. In Nigeria, the theme for the launch is: 'Re-shaping Nigeria food security and climate resilience through EBAFOSA'.

During the committee's meeting, a representative of the secretariat of the body in Nigeria, Mr. Abass Abdullai of the Federal Ministry of Budget and National Planning, said labour unions could facilitate  logistics necessary to make the launch possible.

The ministry said it had various opinions on what unions stand for, which was activism, adding that it has understood that unions play vital roles in national development.

EBAFOSA's National President , Mr. James Oyesola, said the body is the first pan-African policy framework that provides a platform for stakeholders in the country to collaborate in developing and implementing policy solutions to upscale EBA-driven agriculture, its value chains, industrialisation and job creation in a sustainable way.

EBAFOSA's implementation, he said, is categorised into three - introductory, growth and maturity.

'The introductory phase is considered as the most-crucial as it aims to secure commitment of the vital stakeholders, who will be the foundation of EBAFOSA,' he said.

Oyesola said EBAFOSA is a treaty and not an organisation, adding that it is a peer-to-peer review to reflect policies that would be acceptable globally.

He said when launched, EBAFOSA would ensure all hands were on deck with synergies looking at the ministries and stakeholders.

The president added that EBAFOSA would work with associations, such as All Farmers Association of Nigeria, women allied organisations, including weather agencies, to make food production sustainable.

Those expected at the launch include international organisations, ministers of Agriculture, Environment, Budget and National Planning. The Nation