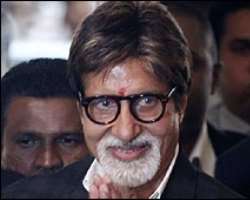 Bollywood superstar Amitabh Bachchan has revealed he has cirrhosis of the liver and needs regular medical check-ups.

Bachchan, 67, is teetotal but writing on his blog he said 25% of his liver had been destroyed by the condition.

The liver damage is the result of a blood transfusion after an accident when filming nearly three decades ago.

Bachchan said he knew any disclosure about his health could cause alarm in fans but said he wanted to be open.

It is usually associated with the excessive drinking of alcohol.

But it is also caused, as in Bachchan's case, by the hepatitis virus. The damage to the liver was discovered eight years ago, he said.

“Now since the liver and any ailment associated with it is extremely sensitive, I have to be under constant vigil and monitoring,” he wrote on his blog.

It “is a saga that never seems to end, for, what is more in store for me I cannot comprehend”.

The star nearly died following the accident on the set of the 1982 film Coolie. He ruptured his spleen during a fight scene and was critically ill for months.

Bachchan, who has acted in more than 180 films, was voted the greatest star of the millennium in a 1999 BBC poll.

He continues to act in several films every year and was last seen in Teen Patti (Three Cards) in January, where he acted alongside British veteran Ben Kingsley.

He is the father of successful Bollywood star Abhishek who is married to former Miss World and actress Aishwarya Rai.