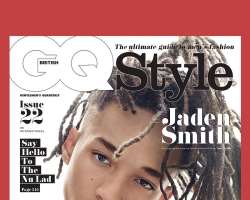 The eccentric teenager who made history by becoming the first man to front Louis Vuitton's womenswear campaign spoke to the magazine about breaking gender divides with his fashion choices, his plans to build a utopia on earth amongst other things.

On his commonalities with sister, Willow: “I'd say it's like full-on sibling brain connection. I'd say that she's definitely the female version of me, one hundred per cent, in every On his goal of building a utopia on Earth: “I'm really working towards just fixing the whole planet Earth. I really just want to create a utopia on this planet. I really want to make it so that people don't have to die to pay bills and just work to survive. So that they can work to actually live and do the things that they love to do.”