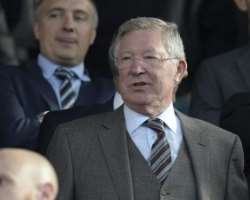 The Foxes are five points clear of nearest rivals Tottenham Hotspur and hold an 11 point cushion between themselves and fifth-placed West Ham United with nine games to play.

Ferguson, now a director at Old Trafford, made the remarks as master of ceremonies at a Cheltenham Festival preview lunch before also predicting that West Ham, two points adrift of Manchester City, will secure Champions League qualification.

Asked by a member of the audience if Leicester can continue their intrepid march to a first top-flight title in their 132-year history, Ferguson said: “Of course they can. I believe they will win it with three games to spare.”

Claudio Ranieri's side started the campaign as favourites to be relegated after only preserving their Premier League status the previous year courtesy of a remarkable turnaround in fortunes under Nigel Pearson.

The Italian's predecessor, recently linked with Derby County, was dismissed in July owing to a “difference in perspective” with the board but his trusted aides, assistant managers Craig Shakespeare and Steve Walsh, remained at the East Midlands club.

“The most influential person in the Premier League has been Steve Walsh,” the 74-year-old added.

Ferguson hypothesises that Ranieri's men will have already accrued the points required before their trip to face United at Old Trafford on Sunday May 1. Everton and Chelsea, home then away, represent the final hurdles for Leicester to navigate before the season's close.