I will accept Eagles job in the national interest: Siasia 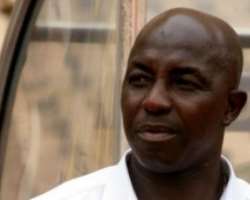 Samson Siasia has hinted that he will accept to take over as coach of the national team for ‘the sake of the country’ if contacted by the Nigeria Football Federation on Friday.

Sunday Oliseh resigned barely eight months in charge on Friday, putting Nigeria into disarray ahead of its qualification match against Egypt for the 2017 Africa Cup of Nations.

The Nigeria U23 gaffer disclosed this following his meeting with officials of the Technical Committee of the NFF.

“I cannot confirm anything now but if they give me the job. I’m ready to serve my country in any capacity,” Siasia told Goal.

“They are discussing, but when they (technical committee) finish their meeting, everyone will know what next,” he concluded.

Meanwhile, credible NFF sources have informed Goal that Siasia will take charge of the team on an interim capacity.

According to the source, new Flying Eagles coach Emmanuel Amuneke and Salisu Yusuf will serve as his assistants.