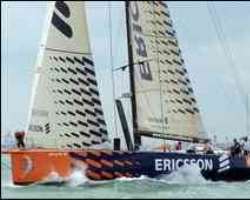 Meanwhile, its first quarter sales were 45.1bn crowns, a drop of 9% from the year before.

Boss Hans Vestberg said there had been “mixed operator investment behaviour across regions and markets”.

Ericsson will provide China Mobile, the world's biggest mobile operator, with equipment to boost the capacity of its mobile network.

It will supply its rival, China Unicom, with a faster 3G network.

Remarking on the financial results, analyst Thomas Langer at West LB said: “I think this is a weak start of the year.”

He said that sales were “somewhat disappointing”, but that there should be a better second half of the year for Ericsson.