KLEPTOCRACY IN NIGERIA:  The Real Politics Of Corruption 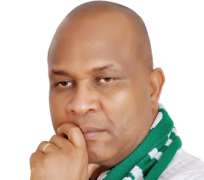 Periodically, some interesting words get into our lexicon and we start wondering about its entomology. Kleptocracy is one of such words. Kleptocracy is simply government of thieves or essentially a nation being ruled by thieves. Officially, it is a derivative “from Greek: κλέπτης - kleptēs, "thief" … and “is a term applied to a government seen as having a particularly severe and systemic problem with officials or a ruling class (collectively, kleptocrats) taking advantage of corruption to extend their personal wealth and political power. Typically this system involves the embezzlement of state funds at the expense of the wider population, sometimes without even the pretense of honest service.”

I have written so much on corruption in Nigeria within the last half decade that it may be looked on as an obsession. I talked about The Corruption Allegations against Ministerial Nominees last year and also Nigeria and the Albatross of Corruption. Also, I have previously opined that eradication of corruption should be basic human rights for all Nigerians.

The history of Nigeria is replete with corruption and counter-allegations of corruption both before and after independence. It is the height of hypocrisy for any Nigerian to be sanctimonious about their crusade against corruption. See my book on Financial Crimes Law and Fraud Management.

Map of Nigeria
We should all know that even the current President, Muhammadu Buhari (PMB), has had corruption allegations leveled against him in the past. He was previously in government, but he is one of the few members of his executive committee that has not been in power again since the return to democracy in 1999, whether under PDP, APC or whatever nomenclature the party was known by. In other words, collectively, they all are responsible for the bad state of Nigeria. Whether they were elected (or appointed) under PDP, APC, AD, CPC, ANPP or ACN, the initials mean nothing to Nigerians. Actually, any politician that tries to absolve himself or herself of this responsibility will just be proving to Nigerians why we should not trust that person at all. I am waiting for the day and for the politician that will step up and say “I am sorry, I was part of the problem as a current or former office holder.”

Our brand of democracy should be called Kleptocracy. What has been happening in the news lately, will make someone that just landed from the moon believe that corruption is the name of a political party in Nigeria. However, any intelligent Nigerian will admit that the Peoples Democratic Party (PDP) does not have a monopoly on corruption over the All Progressives Congress (APC).We should settle the matter now that most Nigerian politicians are corrupt and it does not matter the political party they belong to. If you believe otherwise, then I feel sad for you.

Yes, the airwaves are filled with EFCC & ICPC arresting of politicians and civil servants accused of corruption. Will the Economic and Financial Crimes Commission (EFCC) or Independent Corrupt Practices and Other Related Crimes Commission (ICPC) continue to be seen as tools to oppress the opposition as was evident during the regime of President Olusegun Obasanjo? The site of an opposition party spokesman being bundled to jail in handcuffs only lends credence to the belief.

A year from now, Nigerians will be looking to see how many convictions have the two overlapping anti-corruption agencies actually obtained. Let us see politicians serving time in prison for looting the treasury. In fact, we will be made believers if we see a member of President Muhammadu Buhari (PMB)‘s cabinet convicted for corruption and incarcerated. No Nigerian will believe that all the politicians in the current Federal Executive Council are clean. Of course, we all “believe” the mantra that you are innocent until proven guilty. I will issue a challenge to the Presidency and any sitting governor to give me a list of their EXCO members and let me pick at least one member of my choice. By the time, we finish a forensic audit of their holdings within the past twenty years, the evidence of corruption will be clear. The same goes for the legislative and judiciary. Kleptocracy is what we are practicing in Nigeria and our kleptocrats are very comfortable.

Why is Kleptocracy flourishing in Nigeria? Kleptocracy is prevalent in Nigeria because it pays and it is institutionalized. We may pick on politicians and civil servants, but the truth is that corruption is everywhere. All facets are affected. I lectured at a University in Nigeria and I witnessed it. So, the proverbial ivory tower is not immune. In fact, why do you think many Professors are now in politics? Is it the police force, military, customs, immigration, hospital, transportation sector, church, mosque, or native doctors? I am unable to come up with a section of the country that corruption has not permeated.

A few weeks ago in Washington DC, I attended a talk organized by United States Institute of Peace (USP) titled, Money, War and Peace in the Horn of Africa. Also featured was the book by Alex De Waal called The Real Politics of the Horn of Africa. The Horn of Africa refers to the four countries in the eastern peninsula of the sub-continent, comprising the countries of Ethiopia, Somalia, Djibouti and Eritrea. So, Nigeria is not included. Nonetheless, while sitting there, I thought about the Real Politics of corruption in Nigeria because the issue of corruption is the same in the entire Africa.

The experts say that to fight corruption, we need two things: (1) Clear political will and direction; (2) accurate and actionable information.

The world knows that modernized sanctions and anti-money laundering tools such as U.S. Financial Crimes Enforcement Act and Section 311 of the Patriot Act work well. What is known as geographic targeting transaction has worked. You simply look at those buying houses in Miami, Dubai, and London and ask those involved to report the transactions and the beneficiaries. If you follow this approach in Nigeria, you will easily trap and track may politicians and civil servants. Follow the money! However, some banks and real estate agents are in collusion.

There is a terminology known as political marketplace. This tends to point to the fact that most political money is legal because it is from oil or payoffs by friendly states. So, it is not the legality of the money but the legality of the subsequent transactions i.e. money laundering that you catch the culprits. Those who are stealing money meant for security votes and arms for our security forces can be easily found.

Also, Kleptocracy flourishes because we use political money as reward for loyalists (Neopatrimonialism). These loyalists then personalize it and even use it to “develop” their communities and “spray” at social events. The communities, instead of questioning the source of the money, actually award chieftaincy titles and other forms of recognition (‘hailing”) to the looters. So, Kleptocracy pays in Nigeria and we are all guilty of it, either in accepting bribe directly or condoning the perpetrators through our actions of giving them accolades or respect. Let us not deceive ourselves. If you are a journalist and you accept money, you are involved. If you are a traditional ruler and you accept “kola” you are involved. If you are a pastor and you accept that offering, you are culpable. Corruption is existing because it is lucrative.

In Pidgin English, some will say “na alarm cause am” or “na condition make crayfish bend.” There are a few of us fish that did not turn into crayfish because of condition or alarm.

Whether or not the accused immediately gets jail sentences, we know that Deuteronomy 27:25 is clear that “Cursed is anyone who accepts a bribe.” So, rest assured that any Nigerian that has accepted bribe is cursed. Justice is coming soon, if not immediately against that person, but against their generation. Have you noticed that the children (and grandchildren) of many corrupt politicians don’t end well or amount to much? Shakespeare put it best in Act 3, Scene ii of Julius Caesar that “the evil that men (and women) do, live after them.”

I prefer the earlier Biblical version that God visits the sins of the fathers (and mothers) on the generations of the perpetrators (Ex 20:5, 34:7, Num. 14:18, Deut 5:9), So all you kleptomaniacal politicians and civil servants, repent now “For the Lord your God is God of gods and Lord of lords, the great God, mighty and awesome, who shows no partiality and accepts no bribes.” (Deut 10:17).

Think about it.
Rev. (Prof.) Atawa-Akpodiete is a public affairs analyst.

Disclaimer: "The views/contents expressed in this article are the sole responsibility of Prof. Alex O. Atawa Akpodiete, Esq. and do not necessarily reflect those of The Nigerian Voice. The Nigerian Voice will not be responsible or liable for any inaccurate or incorrect statements contained in this article."
Articles by Prof. Alex O. Atawa Akpodiete, Esq.
13-12-2015  The Role Of Women In War And Peace7-12-2015  Kogi, Bayelsa: Abysmal Failures Again30-11-2015  365 Days Later: Is Nigeria Better Or Worse Today?15-11-2015  Misinformation And Runaway New Media9-11-2015  James Bond In NigeriaMore...