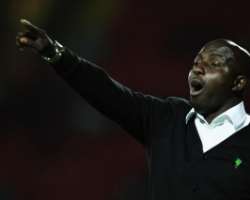 Chief Coach of the Dream Team VI, Samson Siasia has concluded plans to present a strong team against Brazil in an international friendly tentatively fixed for the 24th of March.

Oduwa made 19 appearances for Rangers before returning to his English Premiership club, Tottenham.

Other players that Siasia is looking to invite for the friendly includes the captain of the team, Azubuike Okechukwu, Alex Iwobi of Arsenal, Taiwo Awoniyi, Junior Ajayi and Victor Osimhen.