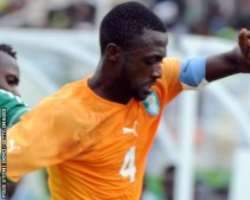 Ivory Coast booked their place in the African Nations Championship (CHAN) quarter-finals with a 4-1 win over Gabon in their final Group A game, as hosts Rwanda, who had already qualified, were thrashed 4-1 by Morocco.

The results left the Ivorians second in the standings – level on points with Rwanda – who finished top of the table having beaten Ivory Coast in their opening game.

Despite their big win, Morocco were eliminated along with Gabon.

Ivory Coast took the lead against Gabon in the 19th minute through Aka Essis.

In Kigali, hosts Rwanda looked a shadow of the side that had already qualified for the last eight, as Morocco went on a first half rampage.

Abdelghani Mouaoui gave Morocco the lead after just 16 minutes and Mohamed Aziz followed up to make it 2-0 eight minutes later.

Hegman Ngomirakiza pulled one back for Rwanda, but Abdeladim Khadrouf’s header made it 3-1 to Morocco with Mouaoui grabbing his second and Morocco’s fourth two minutes before half-time to secure a 4-1 win.