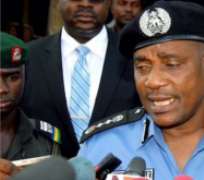 This was contained in a Police Circular titled: “Reports of alleged indiscriminate accessing of personal information on mobile phones by police patrol teams,” signed by the Force Secretary, AIG Patrick Dukumor, and dispatched to all Police State Commands and formations nationwide.

The IGP noted that severe disciplinary actions would be taken against any officer and their supervisors (DPOs, Area Commanders and Sectional Heads) against whom a proven report of illegal mobile phone check not supported by appropriate court orders or operational exigency was made.

All State Commissioners of Police and formation commanders were further directed to make the full content of the said circular known to all officers attached to their respective commands.

According to reports, the circular was an aftermath of complaints made to the Complaint Response Unit (CRU) of the police by citizens, most especially from Lagos, Oyo, Ekiti, Delta, Rivers and Edo states.

Some officers were accused of indiscriminately checking personal information such as emails, text messages and other forms of communication contents on personal mobile phones under the pretext of looking for fraudsters.

The CRU enjoined members of the public to desist from conduct that could result to use of force by a police officer, but enjoined that the CRU be contacted in respect of any police dealing that was not satisfactory to them.