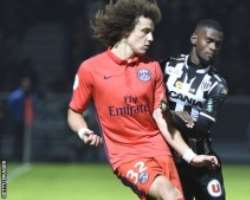 Derby County have signed Guinea international Abdoul Camara from French Ligue 1 side Angers for a fee which is believed to be £1.25m.

The 25-year-old can play on the left wing or up front and has agreed a three-and-a-half-year contract.

Camara told told BBC Radio Derby: “I am happy to be here. Playing in England is my dream. I am ready to be here.

“I am a quick player. I like dribbling and to make a difference to the team but I also like to defend.”

Camara began his professional career in France and represented them at under-17, U18 and U21 level.

But he opted to play for Guinea as a senior international and has featured 10 times for his country of birth, scoring four goals.

Camara, whose transfer fee was not officially disclosed, added: “I know Derby are a team who have ambition and I have ambition. I want to help the team go to the Premier League.”