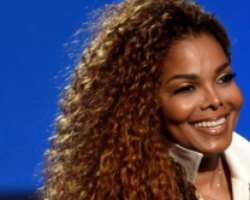 US singer Janet Jackson has put her Unbreakable world tour on hold until spring to have surgery.

Jackson said her doctors told her she needs an operation “soon”.

“Please pray for me, my family and our entire company during this difficult time,” the 49-year-old asked fans. She said she would not be giving any details of her health condition.

Jackson began her tour last August in Vancouver and had dates across the US, Canada and Europe till next June.

Her next concert had been due to take place in Denver, Colorado, on 9 January.

In 2008, Jackson cancelled a string of concert dates after developing migraine-associated vertigo.

“It breaks my heart to tell you that I am forced to postpone the Unbreakable Tour,” she said, adding that fans should hold to to their tickets.

“They will be honoured in a special way when the new schedule is announced.”

Unbreakable is Jackson’s 11th album – and the first studio album since her brother Michael died in 2009, prompting Janet to take a step back from the public eye.