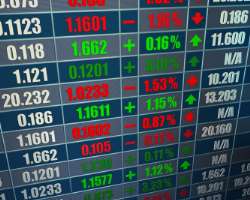 This is eight months the Central Bank of Nigeria (CBN) assembled major players in the sector and announced its martial plan to cut some oversize bank owners and chiefs to size.

That it did as promised. And for living up to the word many clapped for the CBN head, Mallam Sanusi Lamido Sanusi. Some of us remained on the fence to watch how the bullish drama would unfold. We neither said Sanusi was right nor accused him of being wrong. We just decided not to speak in a hurry and later become victims of poor and hasty judgment.

Before Sanusi set out on this journey of sanitizing the nation's banking sector, there is no doubt he should have done his homework and assured himself of the way things would go. Banking reform, like every other action has effects once set in motion. And I would not guess Sanusi had assured or deluded himself in August last year when he made the announcement in the manner Joshua Numel Dogonyaro used to do on coup days that it would start and stop just like that. The language announcing the moves was personal - 'I hereby sack the MD of Bank PKM, I hereby sack the MD of Bank J'. I listened in awe because I had thought it would rather have been the law acting and someone just talking with the empowerment of the law. But not so. Instead of announcing that by the dictates of the law someone is sacked for allegation of wrong doing, it was Sanusi sacking. The misguided arrogation was glaring and sent worrisome signals on the motive and approach.

Nobody, even the mad, would argue in favour of the sacked bank chiefs because that would be insanity. No normal society condones bank chiefs who go mad and reckless living like emperors and barons over other people's money. They had incurred the sledgehammer, and the outcome served them right, but not the procedure.

Sanusi's approach in handling and shoving five or later eight bank chiefs who had accumulated more fat than necessary aside was like an armed man shooting into a market full of people in an attempt to gun down a thief that snatched a bag. In the process the gunman shot the fleeing thief, but with so many other victims who never did anything dying with him.

You would wonder with what is going on right now what injustice Sanusi or any other CBN official would have suffered to apply the procedures, do a tidy work, use the formal approach, apprehend these erring men and not raise an alarm about it as to bring down the roof in the bid to catch five men. By his procedure of alerting the world that our entire banking system lacked integrity, he invariably strangled the sector and the entire economy. There were alternative means of achieving the same result without raising so much dust open to Sanusi. But he shunned them to impress his watchers.

Today, we see a nation in comatose, a banking sector in dilapidation just because we wanted five or eight persons nailed. Meanwhile, have they been nailed? Their banks were just taken over by another set of near lunatics who we have been hearing of their exploits in treading the paths that led their predecessors to where the are today. And will those ousted bank chiefs ever be nailed? I don't hope so. This is a nation where the judicial process in a bid to entrench fair hearing befuddles itself with unfair million loopholes the rich and powerful would exploit till the end of the world without any conclusion. That is what we have witnessed in the Al-Mustpaha et al. case since November 1999.

Almost one year after the hasty clampdown, in a kind of military coup fashion Nasir El-Rufai and Nuhu Ribadu were known for, our banking sector is stagnated, and the economy generally sinks.

During this recession period Nigeria has passed out two sets of NYSC youths, all job seekers. These are the banks that used to employ some few fresh graduates every year. I am sure that between 2000 and last year, First Bank never breached its tradition of employing one worker each from the 774 LGAs, all fresh graduates. I can still count on my fingers those that benefited from that in my LGA like in others. But who is discussing employment in banks in a season when those already there stand on firing line because Sanusi succeeded in catching some few bad bank chiefs. We are terribly and inexorably submerged in a worsening crisis of job loss in banks and bad business in the other sectors.

The action by Sanusi as superstar CBN chief was a serious policy of the bank, therefore, it is subject to evaluation after sometime - to either perfect, amend or discard. So, where would we find ourselves after Sanusi's evaluation of his ways and style?

Over 15,000 jobs have been lost in most of the banks with the first five that received the axe of Sanusi as the worst affected. The likes of Intercontinental, First Bank, Oceanic Bank, Afribank, Finbank, UBA have sacked more than once since October last year. And it has not ended. The projection by experts last year was that there would be about 20,000 job losses as a result of Sanusi's action. That would be wrong at last before August this year when it will one year Sanusi unleashed his typhoon.

There are no doubts that Sanusi has caused nothing than penury on a people already ravaged before he came. The President of the Independent Shareholders Association of Nigeria, Mr. Sunny Nwosu pointedly blamed Sanusi for the high rate of job losses, insisting that the CBN boss was not a good manager of men and material. He could not have been more truthful in that conclusion.

Sanusi also last year directed banks to review their salary structures as a way of cutting down overhead cost. To make this happen before 2010 came, some of the banks cut salaries drastically, partly as means of making sure workers were not sacked.

A very reliable research data adapted from CBN sources said: 'There was reduction in employment in the banking industry between 1999 and 2001. But there was appreciable increase in employment in the same sector after the consolidation exercise from year 2006 up to 2008.' But by the grace of Sanusi, we have lost the gains.

For instance, Shareholders fund in Nigerian banks 2008 was N2,716,596,861,925.68 while the total assets in the banks in the same year was N15,202,421,633,397.40. All the banks had 5014 local branch outlets brimming with workers. There is no doubt that the shareholding and total asset base has drastically dropped. That will manifest when 2010 figures are made available. Even the money recovered from debt owed banks through Sanusi's efforts, nobody can vouch for the supposed positive impact on the banks so far.

In early 2007, Intercontinental bank opened 27 new branches in one fell swoop and employed about 100 new hands. Such have become stories in history books.

Whenever you walk into the worst affected banks who we were told had become robust because of the debt they recovered, look around and see idle hands who used to be busy everywhere. Many of them at the back of the counter are idle most of the hours of the day. Even at the paying counters, about half the number would be open to attend to customers. Some have started defaulting in their obligation to honour cheques. It happened to my colleague two weeks ago in one of the affected banks. It took close to three weeks to cash a N210,000 cheque. As those erstwhile busy hands have ground to a stop and idle, that is how the economy generally has stilled and frozen. In sectors like ours, corporate adverts have dropped by 40 percent.

Very soon it would be one year Sanusi took over, and I ask him and his supporters when will Sanusi take stock and make the gains of his tsunami reforms felt. If he embarked on his action for the good of the nation, when will that good manifest.