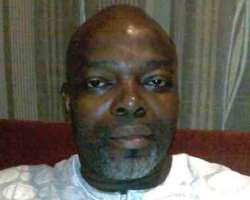 Chief Oyebisi Ilaka
Chief Oyebisi Ilaka is a stalwart of the Peoples' Democratic Party in Oyo Central Senatorial District of Oyo State. In this interview with JAMES AZANIA, he spoke on the crisis in the state chapter of the party and his chances in the race. Excerpts:

Don't you think the division in Oyo PDP can affect your chances in the race for the senatorial poll in Oyo Central?

I am sure that with what we have at the national level, President Umaru Yar'Adua and Acting President Goodluck Jonathan, with the guidance of the reconciliation committee, headed by Gen. Ike Nwachukwu (rtd.) will resolve the crisis. The committee is representative and the party recognises that it is a collective organisation. And what we are going to have is an inclusive party.

Many other parties have their own unique problems. Our party is the only one that has at least two representations in all the 33 local government areas. The governor, Adebayo Akala, his predecessor, Rasheed Ladoja, and Chief Yekini Adeojo – have representations. A lot of the other parties cannot boast of having such. The task at hand is to get the party's nomination. Once this is realised with the machinery of the PDP in the state and my own network, whatever problem will be surmountable.

Why in your opinion has the crisis remained protracted?

Ours is a unique party and we know the leaders that have the real backing of the people. We know those who are the titans of the party and those who are paper tigers. As such, all will be well.

Our crisis really started by and large with the impeachment of the former governor, Ladoja. This was further aggravated by the absence of internal democracy. We had issues of imposition of candidates and denial of registration of party members. These have not been addressed and some people have remained vociferous. I am a part of those that are not. I have been aggrieved in the past or treated slightly but I am not bothered. Mine is to provide selfless leadership to the people of Oyo State. What is important to me is how to move the state forward. The people of the state have suffered more than me and until we address the issues, the party will continue to stutter. We do appreciate the efforts of the leaders and realise the importance of Oyo State in the country's political configuration. Also we realise that our collective interest surpasses individual caprices.

The passage of the Freedom of Information bill still drags, what do you have to say on this?

Would you support calls in by some people that Acting President Goodluck Jonathan be given the chance to contest for the Presidency in 2011 on the ticket of the PDP?

As a citizen of Nigeria, he has the right to contest but nonetheless, he belongs to a party that has agreed on the principle of zoning for the purpose of fairness. It is not perfect, but I think if we belong to a party we should respect its rules. If it is amended, I will abide because I believe in the principle of the best man for the job. If a zone had done eight-year tenure, then it would be fair to let the seat go to the other.

Is there any way zoning arrangement affect your chances in Oyo Central?

I don't really think it affects my chances rather it enhances it. In Oyo we have Oyo Central; Ibadan; and Ogbomosho- Ibadan with five local government areas, Oyo; four LGAs, Ogbomosho; two. Ibadan has had the privilege of producing senators that have served three terms, and it is only fair that it is the turn of Oyo. The fact is that if the Oyos do not have a shot at it, the chances of the Ogbomoshos are slim if not non-existent. Having said that, I am willing to take on all comers regardless of where they are from. And, politics being a game of numbers, the numbers are staked in our favour.

We have not reached the critical points yet; at the heart of zoning is the art of fairness so, it would not be right for a zone to continue being there.

If they scrap the formula, we can surmount it. There is also the perverse notion in some quarters that a local government should produce the senator three consecutive terms. The question is, are other LGs spectators in the game?

If you say continuity, fine, like it was in the late Ted Kennedy of the United States.

But our democracy has not evolved to that stage. What we have is different personality from the same area but if there is an exceptional personality from an area, the people will prefer him for continuity.

However, that has not been the case.