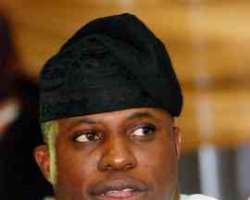 Speaker of the House of Representatives, Mr. Dimeji Bankole; former presidential candidate of the All Nigeria Peoples, Gen. Mohammadu Buhari; ex-governor of Lagos State, Asiwaju Bola Tinubu; and other discussants at a electoral reform roundtable on Wednesday in Abuja set conditions for successful elections in 2011.

While Bankole said the reform must address the issue of power of incumbency, Buhari and Tinubu called for a transparent electoral process, acceptable voter register and the adoption of the report of the Justice Muhammadu Uwais-led Electoral Reform Committee.

In a keynote address delivered at the event organised by Leadership newspapers, Bankole decried the emerging do-or-die attitude to elections by politicians and their followers. He assured that the National Assembly was determined to provide a level playing field for all candidates in the 2011 elections, where incumbent political office-holders could also be defeated.

He said, 'There must be transparency that checks the abuse and misuse of the power of incumbency for extreme political advantage. Most importantly, there must be attitudinal change by politicians and their followers. There is need for a careful overhaul of our legal framework in order to ensure that it does not allow lawless people to get away with impunity or allow all sorts of tactical delays through legal technicalities.'

Bankole assured that the National Assembly would adopt salient aspects of the Uwais report as a roadmap to an enduring electoral system for the country.

According to him, 'The electoral reform is being fashioned to ensure that unwarranted executive, party or electoral umpires' influence in determining the final outcome of ballot exercises is decidedly stemmed.

'The National Assembly is sufficiently concerned about the quality of elections we have had in the past. This is because democracies are worth only little, if the people do not vote or votes do not count. Credible elections are important because they are the live wire of democracy.'

Nwosu, under whose watch the June 12, 1993 presidential election was annulled by former military ruler, Gen. Ibrahim Babangida, added that he would be very happy if the nation's political leaders and other stakeholders could leave good legacies behind and make the nation proud by ensuring a transparent electoral system for the 2011 polls.

He reiterated his call for the adoption of the Modified Open Ballot System and advised the National Assembly and other arms of government to be courageous enough to implement all recommendations that would guarantee credible elections.

He explained, 'We have done it before, we can do it again if we have the political will. We have challenges, no doubt. But we do not have another nation.'

Aliyu said free and fair elections were the basis of democracy, declaring that it is the process of electing good leadership which must not be skewed in favour of anybody. Aliyu warned against political violence, warning that any society that does not respect its rules and regulations cannot conduct free and fair elections.

He advised the National Assembly to speedily pass the electoral reform bill, because it is 'the demand of Nigerians.'

Buhari said that unless electoral reform was carried out, the 2011 general elections may make or mar the country. Buhari said that a sizeable participation of the electorate in an election was one of the keys to free and fair polls. He said that a situation where less than one-third of registered voters participated in the February 6, 2010 governorship election in Anambra State was unacceptable.

In his remarks, Tinubu called on the National Assembly to demonstrate responsibility and give Nigerians good laws that would guarantee free and fair elections.

He also advised the lawmakers to use the Uwais report as the basis for passing the electoral reform bill, adding, 'We need a dependable and reliable voter register; the register we have today is not credible and the future of our country rests on a constitutional democracy.'

The representative of the Independent National Electoral Commission, Mr. Steve Osemeke, said free and fair elections were the responsibility of all stakeholders and advised political parties to enforce internal democracy.