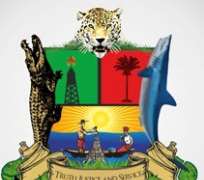 Governor Henry Seriake Dickson right from the very first day he ascended the throne of leadership in Bayelsa State on February 14th, 2012, never hid his passion and love for the ijaw Language and culture, the tribe he belonged to.

Language could simply be defined as the mental faculty or power of vocal communication just as Culture could be defined as the attitude and behavior that are characteristic of a particular group of persons. This perhaps, informed his decision for creating the Ministry of Culture and Ijaw National affairs to that effect for the first time in Bayelsa state.

The Ministry of culture and Ijaw National Affairs is a brainchild of the government of his Excellency, Hon Henry Seriake Dickson. He established the Ministry in 2012, having metamorphosed from the Bureau for Arts and Culture. It is and aimed at achieving global recognition for the Ijaw race.

This is with a view to projecting the Ijaw identity and enhances cordial relationship with other ethnic nationalities. Thus the birthing of the ministry is in keeping with His Excellency’s desire of transforming the various sectors of the state in its entirety.

Bayelsa state is seen as the headquarters of the Izon Nation and that is why Governor Henry seriake Dickson often refers to it as the Jerusalem of Ijaw Nation.

The vision of the Governor is to uphold the potential of the arts and cultural heritage of the people widely acclaimed to be the fourth largest tribe in the Nigerian Federation, as a veritable contributor to the economic development of Bayelsa state and the social cohesion of all Ijaw people.

His mission is to harness the vast potential of the arts and cultural heritage sector as a vehicle to restore the cultural values of the Ijaws. The ministry of Culture and Ijaw Nation Affairs is charged with the responsibility of providing the following services as its core values:

• To fasten the revival, repositioning and development of arts and culture of the state towards the economic well-being of the Ijaw people.

• Providing policy advice to the government on Arts and culture matters

• To identify the culture diversity and heritage of the state for proper management.

• To promote cultural industries and their viability

• To plan and organize annual state festival of Arts and Culture

• To establish with the approval of the governor museums galleries, monument and craft centre’s for the promotion of Arts and Culture.

• To promote the integration and unification of Ijaw across the globe.

• To collaborate with agencies and organization for the promotion of Ijaw culture heritage.

• Serve to liaise between government and Ijaw social/cultural organization

• Supervises the cultural parastatals within the state

THE AIMS AND OBJECTIVES INCLUDE:
• To project Ijaw identity with a Bayelsa characteristics

• To develop and promote the Ijaw language and its indigenous dialects

• To support the umbrella organizations of the Ijaw people

In addition to the above, it also undertakes oversight functions as supervisory body to two parastatils which are:

• Council for Arts and Culture
• Museums and Monument
• Some of the targeted empowerment projects include:

• Support the development and fain access to the film industry

• Research into the development of ijaw film
• Provide training and education
• Ijaw literacy project:
• Provide platform to give writers/poets opportunities to hone their skills

• Encourage the unity of ijaw people
Wearing of indigenous cultural apparels by public servants on Fridays (last working day of the week). There is now a Risorgimento of Ijaw language and culture in Bayelsa State.