Metrorail battles with safety and reliability 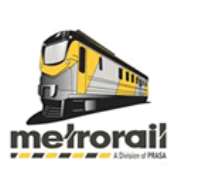 The Standing Committee of Transport and Public Works was today briefed by Metrorail on how it plans to channel the increased revenue (fare increases) in a manner that will improve on key challenges such as safety, security and reliability of commuters and assets respectively.

According to the Western Cape Regional Manager, Richard Walker, Metrorail has medium and long term plans that are being implemented to combat crime on trains at Khayelitsha and Mitchell’s Plain stations.

In my capacity as the Chairperson of the Standing Committee on Transport and Public Works, I will arrange that the committee visits these stations, to determine the efficacy of these measures.

Reliability and punctuality remain crucial challenges, in addition to safety. While Metrorail indicates a 74 -78% punctuality rate and a train frequency of every 3 – 15 minutes, commuters continue to suffer delays that jeopardise their ability to get to their jobs on time.

This is added to by the fact carriages that are in use are on average between 40 and 50 years old. As such there is a limited supply in components needed for servicing trains and keeping the service running at capacity.

The increase in train fares was not necessarily aimed at improving safety per se but rather to address the operational costs of the service. In addition, the increases have been marginal so as to avoid negatively impacting the poor. Yet Mr Walker acknowledged that there has been a migration of commuters from Metrorail to the MyCiti bus service, which indicates that commuters are willing to pay more to get to their destinations safely and on time.

The safety of the more than 60% of commuters in the Western Cape who make use of Metrorail is of critical importance. The South African Police Service (SAPS) indicated that they will consult community members on how they can better combat crime on railways. The SAPS also indicated that it will continue to cooperate with Metrorail to combat crime.