Upu New Board And The Future Of Urhobo Nation 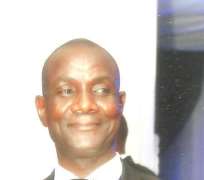 An illustrious Urhobo son brought my attention to newly inaugurated Board of the Urhobo Progress Union (UPU). Its membership is quite robust and impressive except for the inclusion of Chief Joe Omene who is at the center of the worst controversy that bedeviled the union for sometime now.

I have written extensively against the leadership of Omene for his unpleasant involvement in partisan politics as the leader of Urhobo Nation saddled with the responsibility of promoting love, oneness and cultural values of our people. To a large extent I got RED INK from a few Omene's admirers and those who benefited from the largess of partisan politics within the rank and file of the UPU.

Today, I stand to be corrected that open involvement by UPU President-General in partisan politics is injurious to the image and integrity of the Urhobo Nation. We received punches from other ethnic nationalities particularly from the Anioma Nation due to the struggle for political powers during the 2015 general elections.

The choice of Omene in the new Board by our leaders and royal fathers have finally dried up my RED INK against Chief Omene and to now shift focus on the new UPU board. Major General David Ejor, Olorogun Felix Ibru and other capable hands in the new board seem to prepare the way for the re-branding of the UPU. I am also at peace with the support given to the new board by the Atamu and Urhobo Social Club Lagos. These two influential clubs have played pivotal roles in the current peace process.

The focal point of the new board, in my opinion, is to first reconcile all stakeholders and bring back all sons and daughters of Urhobo Nation under UPU big umbrella and control irrespective of political affiliations, It is therefore recommended that UPU board should appoint independent and external auditors to immediately audit its accounts to confirm or reject the allegations made by some members of the Exco who alleged financial loopholes and misappropriation of funds by the incumbent President. The audited accounts along with the history of funds received by the President on behalf of the UPU during after the 2015 elections should be published to either indict or discharge the allegation against Chief Omene.

It is not enough to give Chief Omene a clean bill of health under the present dispensation. The new UPU board must point the way forward and ensure that financial fraud and other social vices are not condoned within its leadership. The new board should also scrutinize the books of account to ensure that funds received to the completion of the UPU UVWIAMUGE HOUSE were utilized for that purpose and make public any financial misappropriation.

My grouse with Chief Omene is purely based on his double edged political stakes haven declared public support for President Jonathan of the PDP and at the same time for Chief Great Ogboru of the Labour Party (LP) in one single election period. Now that the new board has been inaugurated, I will shield the sword and do the needful within my God given capacity to join hands with others to move the Urhobo Nation forward.

I strongly recommend, therefore, that the new board should reach out to Chief Tuesday Onoge, a man of uncommon integrity and foresight, Olorogun O'tega Emerhor, Chief Great Ogboru and other illustrious sons and daughters of Urhobo Nation for reconciliation without further delay. It will not be out of place for the new Board to also organize a Gala Night to be tagged 'URHOBO NATION RE-UNION" to send the signal to the world that we are fully back, united and stronger that ever before.

Let me therefore tender my unreserved apology to Chief Joe Omene for the RED INK I poured on him while the political shenanigan lasted. It is not my character to insult elders but prevailing circumstances then which has to do with partisan politics got me provoked to over react. I will in the near future mobilize my friends and other associates to reach out to the Mosogar home of Chief Omene to kneel down with my two hands highly raised up like Chief Odebala, Chairman of Sapele LGA before Speaker Monday Igbuya.

It is on this note that I congratulate the new UPU board and wish them progressive tenure for the good of Urhobo Nation. Urhobo Oviovo.