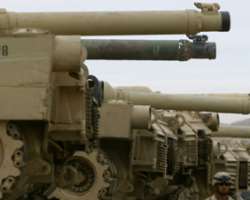 President Muhammadu Buhari has turned down an offer by the Federal Government to procure five new armoured Mercedes Benz S-600 (V222) cars for his use.

The cars which total cost is put at about N400m were planned to be purchased by the State House.

A Presidency source told journalists on Thursday that Buhari got to know of the plan when the Permanent Secretary, State House, Mr. Nebolisa Emodi, was briefing him of his ministry's activities on Wednesday.

Miffed by the revelation, the President was said to have told Emodi that the purchase was unnecessary.

Describing it as a waste of scarce resources, the source said Buhari told the permanent secretary that the cars he inherited from former President Goodluck Jonathan were good enough for him.

'I don't need any new cars. The ones I am using now are just fine,' the source quoted the President as saying.

The top government officials, however, said Buhari welcomed other initiatives presented by the permanent secretary to reduce the operating costs of the State House and strengthen its Finance and Accounts Internal Control Mechanisms.

He however directed that more efforts be made henceforth to capture all State House expenses within the approved national budget.

This, he said, was to avoid the frequent recourse by past administrations to 'Presidential intervention funds.'

The Senior Special Assistant to the President on Media and Publicity, Mallam Garba Shehu, confirmed to our correspondent that Buhari had withheld approval for the purchase of the new cars.

Shehu said the President would continue to use the cars left behind by Jonathan in keeping with his commitment to prudent management of national resources.

Our correspondent learnt that the proposal to procure the new cars was first made to Jonathan before he left office.

The former President was however said to have directed that it be represented to Buhari for approval on his assumption of office since the cars could only be delivered some months after the May 29 handover date. - Punch.