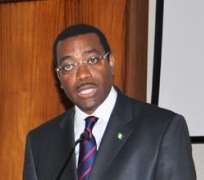 Nigeria's rice import target  for this year has been reduced to 1.3 million metric tonnes.

In a letter signed by the Minister of Agriculture and Rural Development, Dr. Akinwunmi A. Adesina, and addressed to the Co-ordinating Minister of the Economy and Minister of Finance, Dr. Ngozi Okonjo-Iweala, he said a domestic supply gap of 1.3 million MT was determined for 2015, down from 1.5 million in 2014.

He said one million MT of this quota had been set aside as allocations to existing rice millers, importers and new investors with approved Domestic Rice Production Plans (DRPP), at a preferential levy of 20 per cent and duty of 10 per cent.

In 2014, rice importers and new investors were required to post a Domestic Rice Production Performance Bond from a qualifying bank to clearly demonstrate their commitment to domestic investment plans in rice production and processing.

Under this year's import quota, the Federal Ministry of Agriculture and Rural Development, identified 22 companies that will receive quota allocations for 2015 out of the number that was approved last year.

In the letter titled, 'Approved List of Companies Allocated Rice Import quota for April 2015- March 2016 period', it is stated that certain criteria informed the trimming down of the number of companies from last year's figure.

It reads in part: 'In line with the Federal Government's policy ('the Policy') to ensure self-sufficiency in rice by 2014, domestic rice production and milling operations continue to rise, which has resulted in a reduction in rice requirements of the country'.

As was the practice in 2014 and in line with the policy, the allocation of import quotas continues to be made along the explicit criteria set for encouraging domestic production and domestic milling of rice, to lead to self-sufficiency. These criteria are based on the extent of existing domestic milling capacity as well as along four (4) specific items that assess each company's ongoing investment outlay  into domestic rice production and milling.

These include the following: Domestic Rice Production Plan (DRPP): demonstrate evidence of current or planned investment in domestic rice production over a 3-year period, size of investment, proof of land acquisition and establishment of rice fields and paddy production, paddy purchase outlook from Paddy Aggregation Centres (PAC): Demonstrate a clear plan of purchase of paddy from PACs, should include location of PACs, volumes of paddy to be purchased among others. Agency report