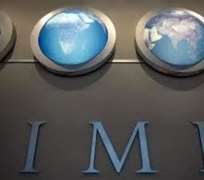 Recall that the Nigeria's currency, naira, has depreciated officially by 28 percent from N155 to a dollar November last year to   N197 at the close of business yesterday

In its April 2015 Regional Economic Outlook for Sub-Saharan Africa, which economic growth of 4.5 percent for the region in 2015, IMF said, 'For the region's eight oil exporting countries, fiscal adjustment is a priority; policy makers should support an adjustment by allowing exchange rates to depreciate, where flexible exchange rate mechanisms are in place'.

Summarising the Outlook for the region, Ms. Antoinette Sayeh, Director of the IMF's African Department in a press release stated, 'Sub-Saharan Africa's economy is set to register another year of solid economic performance with growth expected to expand 4½ percent in 2015. The region will continue being one of the fastest growing in the world—second only to emerging and developing Asia.

'That said, the economic expansion will be at the lower end of the range experienced in recent years, mainly reflecting the impact of the sharp decline of oil and commodity prices over the last six months. But the impact of this shock will be highly differentiated across the region.

'Sub-Saharan Africa's eight oil exporters have been hard hit by the price decline, and their average growth in 2015 is expected to be about 1¼ percentage points lower than in 2014 in response to this shock.

'However, for most of the rest of the region, growth prospects remain favorable. These countries are enjoying the benefits of lower oil import bills, although some are also feeling the impact of lower prices for their non-oil commodity exports. Growth is projected to be particularly strong in most low-income and more fragile countries, and this will help to reduce poverty levels.

'In Guinea, Liberia and Sierra Leone, the Ebola outbreak is beginning to be controlled, with a sharp decline in the incidence of new infections. However, 2015 will be another difficult year, with economic activity expected to be significantly depressed.

'The IMF has provided $390 million of assistance to help these countries, including $100 million of grants for debt relief—the first instance of such assistance by a development partner.' Vanguard