By The Nation Newspaper 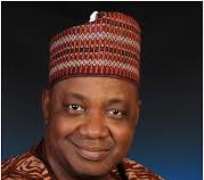 The APC scored 386 votes to beat the Peoples Democratic Party (PDP) that scored 53 votes in the presidential election. APC got 385 and 369 votes in the Senate and House of Assembly elections respectively while the PDP got 59 and 62 respectively.

The results were announced by the presiding officer Abdulfatah Ali