South Africa's Cricketers team up to support efforts to end the AIDS epidemic / At the Cricket World Cup 2015, cricketing champions show their commitment to raise awareness around HIV and break down stigma and discrimination 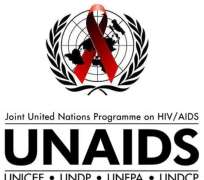 GENEVA, Switzerland, March 5, 2015/African Press Organization (APO)/ -- Players and officials at the International Cricket Council (ICC) Cricket World Cup 2015, being held in Australia and New Zealand, are raising awareness around HIV in efforts to eliminate discrimination and increase solidarity around ending the AIDS epidemic. Thirteen World Cup matches, including the final on 29 March, are being dedicated to THINK WISE, a partnership between the ICC, UNAIDS and the United Nations Children's Fund (UNICEF), which uses the spirit of cricket to support global efforts to end the AIDS epidemic.

“Cricket is one of the most popular sports in the world and the game's champions have a real power to inspire young people and share knowledge about HIV,” said UNAIDS Deputy Executive Director Jan Beagle. “The support of the cricketing world demonstrates how ending the AIDS epidemic is a common goal for people from all walks of life.”

Umpires are wearing the THINK WISE logo on their shirts throughout the World Cup and a video message recorded by ICC Cricket World Cup 2015 Ambassador and Sri Lanka batting legend Kumar Sangakkara is playing on the giant stadium screens in all the matches featuring the campaign. Players and officials in the final match will wear red ribbons to show their commitment and solidarity for people living with and affected by HIV.

JP Duminy, Aaron Phangiso, Kyle Abbott and Wayne Parnell of the South African national cricket team took to the pitch with a team of young people in Eden Park, Auckland, New Zealand, to encourage young fans to learn more about HIV. This special event, organized by the THINK WISE partners, together with the New Zealand AIDS Foundation, Positive Women Inc. and Body Positive, New Zealand, is part of the ongoing efforts to bring the issue of adolescent AIDS to the forefront.

“Adolescents aged 10 to 19 years old are the only age group where deaths due to AIDS are not decreasing,” said Craig McClure, Chief of HIV/AIDS and Associate Director of Programmes at UNICEF. “Stigma and discrimination are major contributors to preventing early diagnosis, treatment and care among adolescents. We can and we must remove the shame that clings to a positive diagnosis.”

South African players talked to the young fans about how HIV has affected the lives of millions of people in their home country. Star All-rounder JP Duminy said, “HIV is a serious issue for my country, but no matter where you are in the world, it's important to get the facts about HIV. With cricket, we can use the spirit of cricket to help break down the stigma and discrimination around the disease.”

Encouraging the fans to mix their passion for cricket with a passion for action on HIV, the South Africa cricketers also gave the youth attending the event tips on how to improve their batting, bowling and fielding skills during a coaching session.

In 2013, there were around 35 million people living with HIV globally, many of whom live in major cricket-loving countries, including India and South Africa. Young people are particularly affected by HIV. In 2013, there were 250 000 new infections among adolescents and AIDS was the second leading cause of adolescent deaths worldwide.

Many of the matches are taking place in New Zealand, which has a strong HIV prevention programme and where HIV prevalence remains low. Despite this success, people living with HIV continue to be affected by stigma and discrimination in New Zealand. A recent survey conducted by AIDS organizations in New Zealand found that 50% of people surveyed would be uncomfortable having food prepared by someone living with HIV.

“Being a low prevalence country for HIV means that HIV is generally regarded as non-existent in New Zealand, which can make living with HIV here an extremely isolating experience,” said Jane Bruning of Positive Women Inc. “Initiatives such as THINK WISE help to raise awareness, which helps to reduce HIV-related stigma and discrimination.”