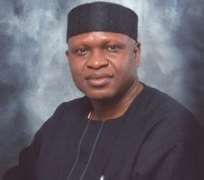 The 2015 election cycle in Nigeria takes place within the context of reduced oil revenues, due to the drop in global oil prices. Since the middle of 2010, crude oil has sold for an average of over $100 a barrel, leading to a boom in revenues for countries dependent on oil for much of their spending. But by June last year, the price of oil has been cut in half, and countries are feeling the pinch.

Nigeria is no different. The allocations from FAAC for December 2014 was the lowest for that day, and is set to go even lower in the coming months, as oil prices remain low. This poses serious challenges for states who have to provide infrastructure for development, and also pay those employed in the state civil service, while being very dependent on federal allocations.

Everything points to the fact that situation will persist for the time being, and it also means that the voting populace have to take a much closer look at those they elect into office. At federal and state level, the imperative must be to elect people who can reduce the dependency of the nation on oil revenues, by making sound decisions in the short, medium and long term, which will create a good environment for enterprise to thrive.

For the time being, at least, merely running to Abuja to collect allocations and pay salaries will not be enough. Several states are not even able to pay their workers, because of reduced allocations, and their internally generated revenue is not sufficient either.

As such, voters all over Nigeria have very important decisions to make in February. With 18 governorship seats vacant, and the Presidential race a hot contest, this is a once in a ten (or fifteen) year opportunity to dramatically improve the quality of governance all over the country, in one fell swoop.

Delta State is one of the 18 states that will have a vacant seat for the gubernatorial race. The race features three major candidates, Senator Ifeanyi Okowa of the PDP, Chief Great Ogboru of the DPP, and Olorogun O'tega Emerhor, who is contesting for the governorship on the platform of the APC. Of the three candidates Olorogun O'tega Emerhor presents a genuine alternative for the people of Delta State, because he comes with a wealth of experience from the private sector;experience which he will bring to bear on his duties if elected governor.

Too often in Nigerian electoral history, we have voted in career politicians with no ideas about how to move their states forward. The result has been governance bereft of anything other than the capture and sharing of the commonwealth, leaving the majority worse off than before.

Emerhor's association with the APC is very much in keeping with that party's preference for giving technocrats a platform to seek elective office, leading to better governance. The biggest example of this is Lagos, a state that now stands as one of only 2 or 3 in the whole country that can operate without federal allocations. Here is just one example: As 2014 drew to a close with many civil servants being owed for months, Lagos civil servants gave bonuses to theirs.

This was achieved through sound leadership at governorshiplevel, first by Bola Tinubu, and continued by BabatundeFashola. This leadership helped Lagos survive and thrive even though federal allocations were withheld by the Obasanjo administration. It was taken as a challenge to grow Internally Generated Revenues, and now Lagos is approaching a self-sufficiency that is the envy of the nation, especially at this time. Voters in Ogun, Oyo, Osun, Ekiti and Edo states have also benefited from their decisions to elect APC governors.

The mere association with the APC and the prospect of charting a new course is not all there is to Emerhor's desire to become governor. He brings considerable experience to the race, which suggests he will do very well if elected. To those who may not be familiar with Emerhor's pedigree, I would advise them to do a quick research. Olorogun Emerhor is a First Class graduate at the University of Nigeria, Nsukka. He has made a mark in banking and insurance and has chaired numerous financial institutions.

His specific agenda for Delta State rests on 10 points:

2. Provide social benefits to the elderly (70yrs and above)

4. To create an enabling environment that provides peace and security for lives and properties.

5. To get a majority of Deltans back to work, and enable them to earn a decent living

6. Upgrade and renew all critical State infrastructure in order to support the people of Delta State.

• Revival of existing dormant industries. (both in public and private sector)

• Foreign investor-led industrial regime.
8. A back to land agro-policy anchored on incentives and encouragement to rural residents to boost subsistence agro/fishing activities.

The crux of the matter is this: The APC seems to have been able to provide Nigerians with worthy governors over the past few years. The good works of the likes of Governor Babatunde Fashola, Governor Adams Oshiomhole and a few others has been lauded by even the most cynical critics in the Nigerian political space. Can the APC use its mantra of change to positively affect the lives of the deserving people of Delta state? Perhaps they should be given a chance.

Over the next 4 weeks, Emerhor will take this agenda to the people of Delta state, asking for their confidence and their votes, pledging a more inclusive government and better management of resources in challenging times. It is a pledge he can deliver on.