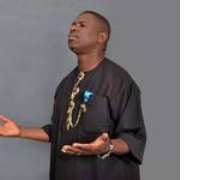 The governorship ambition of Peoples Democratic Party (PDP) candidate in Rivers State, Chief Nyesome Wike, is as good as over following the endorsement of his All Progressives Congress (APC) counterpart, Dr. Dakuku Peterside, by the KAGOTE, the Ogoni apex socio-cultural organisation.

This is the position of Rivers APC, as contained in a statement issued Monday in Port Harcourt by APC State Chairman, Dr. Davies Ibiamu Ikanya. “With KAGOTE, the Ogoni apex socio-cultural organisation, endorsing Dr Dakuku Peterside, Senator Magnus Abe and other APC candidates, we are now more than ever convinced that no matter the odds our victory in all the elections is very assured. Wike's fate is effectively sealed and it would be right to describe KAGOTE's endorsement of Peterside for the February 28 governorship election as the final nail on Wike's ambition,” Ikanya said.

The Rivers APC Chairman congratulated KAGOTE for its wise decision to throw its weight behind APC and its candidates, noting that “this decision taken during KAGOTE's meeting of January 25, 2015 at Tai Eleme is in the best interest of both the Ogoni Nation and Rivers State in general since APC has proved beyond reasonable doubt that it will at all times champion the best interests of the Ogoni and the entire Rivers people.”

It would be recalled KAGOTE had in a communique of the January 25 meeting signed by its President, Dr. Peter Medee, and Third President, Dr. Mike Nwielaghi, said: “Despite the non-consideration of our demand for political power in the present dispensation, Ogoni governorship dream remains alive. We therefore urge all political parties to consider Ogoni next for governorship of Rivers State, since the desire of Rivers State, since the desire of Rivers people seem to favour rotation of power between upland and riverine now, for which the riverine question seems to have been answered.