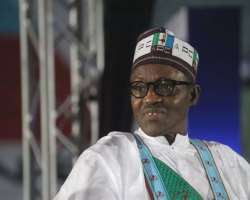 The Nigerian Army on Tuesday publicly released the academic details of former military leader, Muhammadu Buhari, but denied at the same time it could not vouch for the authenticity of his Senior Secondary Examinations results.

Mr. Laleye said while military records showed Mr. Buhari obtained the WASC in 1961, with credits in English Language, Geography, History, Health Science, and Hausa, there were neither the original copy nor certified true copy nor statement of result to confirm the grades.

He also said the Army could not confirm whether Mr. Buhari's claim of obtaining those results was verified by the Army in the 1960s.

But ​military sources say ​while the Army spokesperson was addressing the media, the ​Department of Military Secretary the same day was despatching to Mr. Buhari his academic records, which had been requested by the retired general.