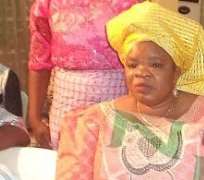 Nigeria's Big Brother 2014 first runner-up, Tayo Faniran, who recently returned home after the 63 days competition, has revealed that he was shocked when he was not announced as the winner.

Speaking with the media shortly before his homecoming party which is a customary of MultiChoice Nigeria, M-Net and proud sponsor, Jameson, which took place at the popular Cova Lounge, in Victoria Island, Lagos. Tayo said he was shocked when Idris Sultan of Tanzania was declared the winner of the reality sh

He said, “I was really shocked when IK declared Idris the winner of the show. I genuinely thought I would win, or at least be declared a co-winner! Nonetheless I'm incredibly grateful for the unique opportunity and exposure Big Brother has given me. All I can tell Nigerians, Africa and the rest of the world now is 'watch this space!'”

However, the 28-year-old model and new dad explained that the interaction with other Africans in the Big Brother house and the exposure to the rich and diverse cultures in Africa have adequate prepared him to further pursue a career in acting, singing, or as a TV presenter.