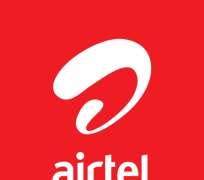 The Lagos Countdown Festival, which holds at the Bar Beach, in Victoria Island, Lagos, from December 22, 2014 and runs till midnight on the 31st, seeks to institute an enduring crossover tradition, signifying the end of one year and the celebrating the beginning of another in a splendid fashion.

According to Airtel, the festival will provide an opportunity to bond with young Nigerians and will also create a platform for the display of some of its leading value offerings including Airtel Trybe and Red Hot promo.

Commenting on the Countdown, Managing Director and Chief Executive Officer of Airtel Nigeria, Segun Ogunsanya, described the Lagos Countdown Festival as a glorious initiative, saying Airtel is passionate about young Nigerians and the youth culture.

“The Lagos Countdown festival provides Airtel an outlet to interact with the youth on a more personal basis. This year, we will showcase our flagship product, Airtel Trybe, a value offering that is specifically designed to meet the aspirations of young Nigerians and the young-at-heart. We will also have on display our revolutionary Red Hot promo to further empower more Nigerians to become millionaires.

“The festival will be a great opportunity to celebrate and close the year in grand style. Airtel is calling on all Lagosians and Nigerians to be part of this great event. We also urge everyone to visit the Airtel stand at the venue as we will be showcasing our superior 3.75G Network,” he said.

He also commended the efforts of the Lagos State government, adding that the initiative was consistent with Airtel's ardent drive towards excellence.

According to the organisers of the festival, the Lagos State Signage & Advertisement Agency (LASAA) on behalf of Lagos State Government, Lagos countdown is a viable platform for commerce, encouraging brand development, job creation, leisure, entertainment and tourism.

The festival features music performances headlined by top music artistes, an enchanting cascade of lights, fireworks and pyrotechnics, all combining to transform the entire Bar Beach, in Victoria Island, Lagos, into a melting pot for culture and commerce in an instant.

Last year, the festival drew an audience of over 60,000 revellers, thus becoming arguably Africa's biggest New Year's Eve party. Every year the Lagos Countdown kicks off in December and runs till January 1.

The Lagos State Countdown is an initiative of Governor Babatunde Fashola started in 2012 with the aim of putting the state on global map, in the league of cities as New York, Dubai, London, Sydney and other major destinations that celebrate the cross over into a New Year.

In India, the company's product offerings include 2G, 3G and 4G services, fixed line, high speed broadband through DSL, IPTV, DTH, enterprise services including national & international long distance services to carriers. In the rest of the geographies, it offers 2G, 3G mobile services. Bharti Airtel had over 264 million customers across its operations at the end of July 2012. To know more please visit, www.airtel.com